Trézéguet is an Egyptian professional soccer player, best known for being the highest-scoring player from Egypt in the Turkish top flight in a single season (2018-2019), which resulted in a change of his status in the Turkish F.C. Kasımpaşa from being loaned to permanent. He started his career with the Egyptian F.C. Al Ahly at the age of 18, and during his 1st year helped them win 2012 CAF Champions League, as well as the same league in 2013. He remained with the team officially until 2016, even though he was loaned to F.C. Anderlecht in the 2015/2016 season. He signed with F.C. Anderlecht at the beginning of the year and officially remained there until 2018. However, Mahmoud struggled to make the 1st team and was loaned to the French F.C. Mouscron (2017-2018), and the Turkish F.C. Kasımpaşa (2017-2018). In 2012, the same year he started playing for F.C. Al Ahly, he made his debut with the Under-20 Egypt youth national team.

He remained in that group until 2014, when he was transferred into the Under-23 group of the national team, but only made 1 appearance with them. The reason for that was fortunate because the same year, Mahmoud made his professional debut for Egypt’s senior national team in a friendly match against Kenya. Mahmoud also played for Egypt’s squad at the 2018 FIFA World Cup in all 3 group matches, before they were eliminated at the group stage. Furthermore, between 2014 and late early July 2019, he made 41 appearances and scored 6 goals for the Egypt national team. On July 24, 2019, it was announced that after a lot of negotiations, he was officially signed with the English F.C. Aston Villa for a fee of £8.75 million. Mahmoud has also amassed a large fanbase online with more than 4 million followers on Instagram, more than 2 million followers on Twitter, and more than 600k followers on Facebook.

Trézéguet got married in a private ceremony at the bride’s house in mid-November 2018 but chose to keep her name and the relationship details private.

He is of Turkish descent.

Mahmoud Hassan (Trézéguet) has appeared in a TV commercial for Pepsi in 2019.

Mahmoud made his professional soccer debut at the age of 18 for the Egyptian F.C. Al Ahly in the 2012 CAF Champions League as a substitute to a player named Mohamed Aboutrika against the local Egyptian F.C. Zamalek.

Mahmoud made his international soccer debut for Egypt‘s national team as part of the Under-20 group at the 2013 FIFA U-20 World Cup and scored the opening goal against England in the final group game for his team on June 20, 2013. 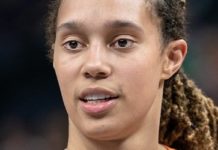 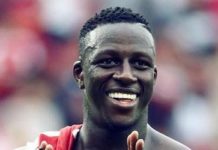