Life is a constant struggle. You will be broken again and again and then, you need to pick yourself up and live the life you have been given. This happened with the TV personality Calum Best who has been through many ups and downs in life. From being an alcoholic and a drug addict to a fit person inspiring others to stay away from alcohol, his journey has been truly amazing. Here, we learn not only his most vital body transformation secrets, we also get to learn how he changed as a person and how he is inspiring others to change as well.

The TV star showed his body transformation himself by using the social media where he made a collage of his bulging biceps and compared it with his own photo from four years back. The difference is really visible. He admitted that he was glad he decided to enhance his fitness regime.

The biggest secret behind his body transformation is that he has attended a boot camp in Ibiza with a trainer Gina Newnham who helped him change his life for better.

When the celebrity started training, his key goal was to bring positive changes. He changed everything from his lifestyle to his diet and from his training to his mind frame.

The son of football legend George Best admits that he had a lot of good times until he was 28 and did not care about fitness at all. But he was also at a dark place and hurting. The main reason why he was sad was the demise of his father due to alcohol addiction.

His father was an alcohol addict who had a liver transplant and promised not to drink ever again. But soon after, he started drinking again which urged Calum to drink as well.

After the death of his father, he was so sad that he adopted all the bad habits like drinking a lot of alcohol, doing drugs, etc. He knew that he was destroying his life but he didn’t have much control over things.

He was even afraid to leave the house because he thought people will laugh at him.

The Long Lasting Side Effect

A long lasting side effect of his father’s betrayal is that the former model finds it hard to trust people, especially people who are new to his life.

Doing Good for All

Best has changed his life completely now. He is dedicated to staying fit and is doing a lot of charity work. It is helping him to fight all the inner demons and habit of alcoholism. He likes reading the feedback of his initiatives on social media. He denies being any kind of expert on how to get rid of alcoholism. His aim is to just share his own experiences so that it may help someone.

Working on Health and Helping Others

The owner of BSTLFE gym is leading a much healthier lifestyle now, thanks to his new gym. He says that the process of working on himself is ongoing. Whenever he participates in a program like the Vertical Rush challenge which aims to raise money for homelessness charity Shelter, he feels grateful and humble.

Like all human beings, Best has some moments in which he loses control. There are times when he still goes out and drink alcohol on a Saturday but he never lets a moment of weakness break his resolve. He tries to be positive and keep it healthy. He knows that he will always enjoy a drink but he will never let it be a great problem again.

Have a look at how he trains his shoulders over here: 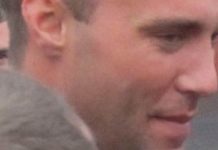