Watch Horror films if you want to lose weight 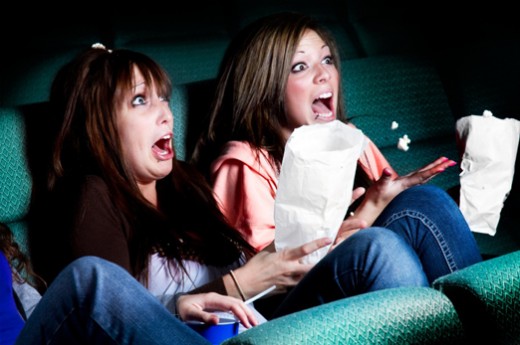 Yes, you read it right. If you want to lose weight easily, you can watch horror movies. But, the weight loss method may probably won’t work if you are engulfing cookies, popcorn, chips and other eatables. By sitting on a couch and watching a scary movie can help you to lose weight as you will burn as many calories as a 30-minute walk. The scarier is the movie, the more it will burn your calories. So, what is the catch?

In a study conducted by movie rental firm LOVEFiLM.com, the scientists at the University of Westminster in UK have found a new way of losing weight. They tested 10 people, as they were watching the horror movie, by judging their pulse rate, heart rate, oxygen intake and how much carbon-dioxide they exhale. They finally figured out how much energy they were using and by collecting all the desired statistics, they concluded that by watching a horror movie for 90 minutes, the people are likely to burn 113 calories, which is the same amount as the ½ hour walk.

Dr. Richard Mackenzie, who is an expert in cell metabolism and physiology, explains that

“As the pulse quickens and blood pumps around the body faster, the body experiences a surge in adrenaline. It is this release of fast acting adrenaline, produced during short bursts of intense stress (or in this case, brought on by fear), which is known to lower the appetite, increase the Basal Metabolic Rate and ultimately burn a higher level of calories.”

There are 10 movies, which were found out to be the most effective calorie burner. 1980 movie, The Shining proved to be the best, and it helped in burning 184 calories. The list of top 10 energy burning horror movies is as follows –

Lovefilm editor Helen Cowley advises that the people, who are really seeking to lose weight, should not hide themselves behind the sofas or pillows when a scary or hair-raising scene comes. Instead, they should definitely keep stuck their eyes on to the screens.