Xherdan’s educational background is not known.

Shaqiri is signed with ESHA.

Shaqiri is of Kosovar and Albanian descent.

Xherdan Shaqiri’s body specifications may be –

He has also appeared in TV adverts for Coca-Cola and Volkswagen.

His athletic abilities, scoring potential, powerful shots and his passion on the football pitch. Shaqiri will remain recognized for the magnificent equalizing goal he scored for his country Switzerland in the best of 16 round match against Poland at the UEFA Euro 2016.

On July 10, 2012, Xherdan debuted for FC Bayern Munich in a friendly 1-0 victory over SpVgg Unterhaching.

He played his first official competitive match for Bayern on August 20, 2012 against SSV Jahn Regensburg.

Shaqiri first performed for Inter on January 17, 2015. He made his debut in Coppa Italia on January 22, 2015 against Sampdoria.

Xherdan debuted for Stoke City in a 1-1 draw with Norwich City.

He played his first match for the U-21 national team of Switzerland on November 11, 2009 against Turkey.

Shaqiri has not acted in a movie yet.

Other than football matches itself, Xherdan has appeared in the TV series documentary Das aktuelle Sportstudio (2013) as himself.

Despite he is known as one of the hardest working footballers on the planet, we do not have a lead on his personal training regime. However, we managed to find a video in which Shaqiri works on his conditioning and athletic performances. It can be seen on YouTube. 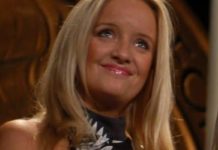