Young Dolph is also known for 19 solo and collaborative mixtapes that he released between 2008 and 2017. His debut mixtape Paper Route Campaign was released via his own, newly-founded Paper Route Empire record label, after which Welcome 2 Dolph World (2010), High Class Street Music (2011), High Class Street Music 2: Hustler’s Paradise (2011), A Time 2 Kill (2012), Blue Magic (2012), East Atlanta Memphis (2013) with Gucci Mane, High Class Street Music 3: Trappin’ Out a Mansion (2013), and South Memphis Kingpin (2013) followed. The year 2015 was one of the most productive for him, as he released 5 mixtapes, 2016 saw the release of 2, while on February 3, 2017, he released only 1, under the name Gelato. Young Dolph has garnered a large social media fan base of more than 3 million followers on Instagram, more than 800k followers on Twitter, and more than 400k followers on his Facebook page.

Young Dolph is managed by his own company, Paper Route Empire, in Memphis, Tennessee, United States.

Young Dolph has flaunted his girlfriend or wife on his social media accounts but kept the details of their relationship to himself. They have 4 children together.

Young Dolph released his debut studio album King of Memphis on February 19, 2016, under his own record label Paper Route Empire. It consisted of 11 tracks – Facts, F*ck It, Royalty, Both Ways, USA, How Could, On My Way, Let Me See It, It’s Goin’ Down, Real Life, and Get Paid, which was the most prominent song, and the only single for the album, released a week before the album itself. The album peaked at the 49th spot on the US Billboard 200 chart that year. 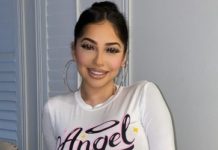