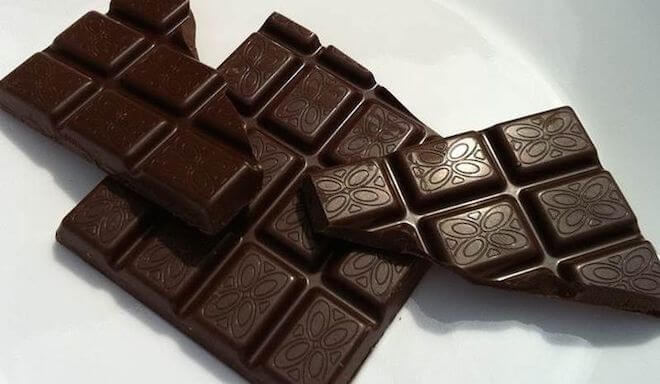 Chocolate is a firm crowd favorite. Whether, you are heartbroken because of life’s regular misfortunes and unfair deals and want to be comforted or you are looking to impress your new girlfriend on a short notice, the chocolate is the best option. It is a mood enhancer, the romance inducer, the ultimate aphrodisiac and a classic dessert.

So, is it healthy? Well, that depends on the quantity. If you are going to binge on them like a greedy kid, then definitely no. But, taken within limits and in moderation, the good chocolate can have a positive effect on your health. And, by good chocolate, I mean the dark chocolate, which has cocoa percentage exceeding 70 percent.

This good chocolate is good for your heart, blood circulation and brain. The countless researches have revealed that it may be beneficial in countering health conditions such as autism, obesity, diabetes, Alzheimer’s disease and, yes ladies, it can slow aging. Here, are the comprehensive health benefits of eating chocolate. 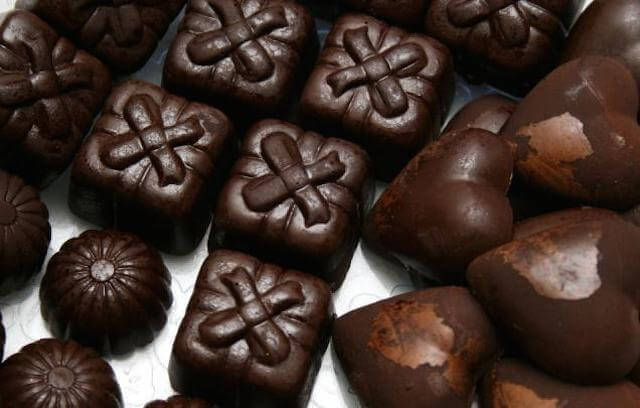 The dark chocolate is known to help in restoring the flexibility to the arteries and preventing white blood cells from sticking to the walls of blood vessels. The artery stiffening and white blood cell adhesion are common causes of artery clogging. This benefit has been backed by a study conducted by Federation of American Societies for Experimental Biology. Another study has found that those who eat chocolate daily had an 11 percent lower risk of developing cardiovascular disease. Though the scientists have failed to establish a direct relationship between the two, but it is known that some compounds such as flavonols present in chocolate are known to have cholesterol and blood-pressure-lowering properties.

A study conducted by Swedish researchers have revealed that men who consume the decent amount of chocolate have a 17% lower risk of stroke than those who consume the least. The research was carried over a period of ten years from 1998 to 2008 and included 37,103 men. Another interesting fact revealed in the research was that the men who ate chocolate tend to be on average younger side and less likely to be current smokers. Of course, it is bit off the topic, but I thought you would like to know. 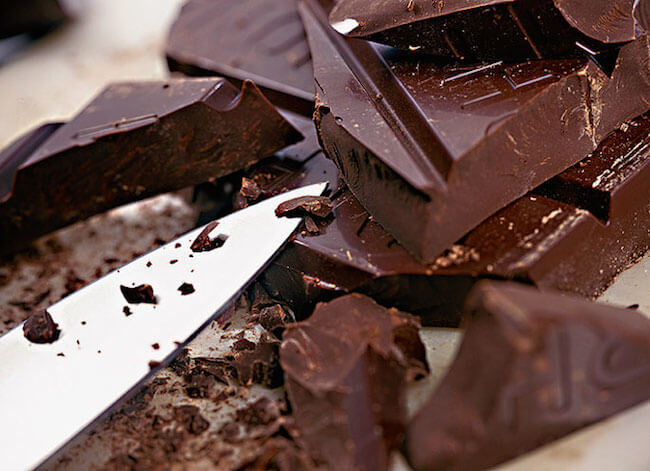 Chocolate, unlike other sweets and desserts, is actually very nutritious. But, provided it should have a high content of cocoa. Along with high soluble fiber, it is also loaded with minerals. A 100 gram of dark chocolate with 70%-80% cocoa content has 11 grams of fiber. It also has decent content of iron, magnesium, copper, potassium, phosphorus and zinc. The type of fatty acids contained in the chocolate are mostly saturated and monounsaturated, which are beneficial for your health. However, this is a huge amount (100 gram) of chocolate to be consumed daily and it has 600 calories and moderate amounts of sugar. It would be wise if you eat dark chocolate in moderation.

The research conducted by researcher Mee Young Hong, Ph.D., associate professor of exercise and nutritional sciences at San Diego State University has revealed that dark chocolate can help reduce cholesterol. The research found that those who ate daily 50 gram of dark chocolate with more than 70% cocoa content for fifteen days saw their bad cholesterol lowered by about 20% and good cholesterol increased by 20%. The cocoa solids have healthy compounds called flavonoids that have antioxidant and anti-inflammatory properties. Professor Hong believes that these antioxidants may help the body use its insulin more efficiently to control blood sugar, which helps in keeping blood sugar level lower naturally. 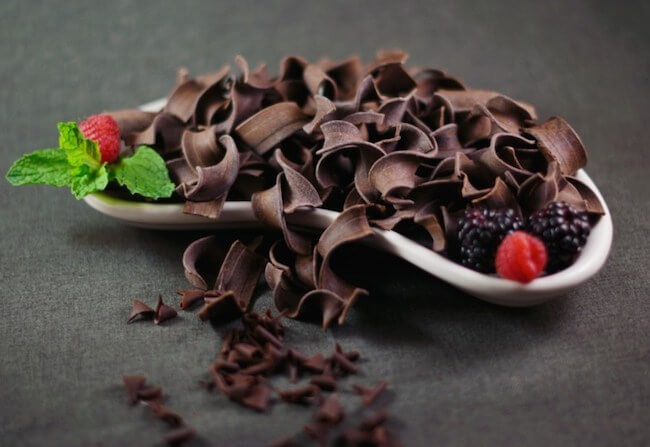 The flavanols in the chocolate can also help protect your skin against sun damage. According to a study published in the Journal of Nutrition, the high flavanol content can make your skin more resistant against the damage caused by the UV rays. During the study, which was conducted over a period of 12 weeks, one group of women ingested 326 mg/d of high flavanol cocoa, rich in the antioxidants epicatechin and catechin, and another group consumed only 27 mg/d. By the end of the test period, it was found that the high flavanol group showed a decrease in sensitivity to UV light, and increased blood flow to the outer and inner skin layers. Other positive effects included skin hydration as well as reduced roughness and scaling of the skin. 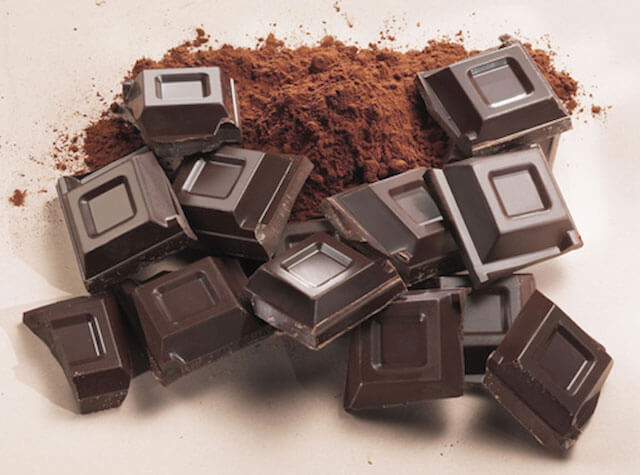 Yes, it is true. Indeed, the chocolate can help you lose weight. A recent weight loss book by neuroscientist Will Clower, Ph.D., goes on to state that eating chocolate twenty minutes before and five minutes after lunch and dinner can reduce your hunger by up to 50 percent. A study conducted by University of Copenhagen researchers has shown that dark chocolate curbs cravings for sweet, salty, and fatty foods alike. The dark chocolate has fatty acids that slow the absorption of sugar into the bloodstream. This process is helpful in preventing the dreaded insulin spike that stores sugar straight into the fat cells.

The research conducted by Professor Katri Raikkonen at the University of Helsinki, Finland, has revealed that eating chocolate has a positive effect on pregnant women and their yet to be born babies. The chocolate reduces the level of stress and tempers the famed mood swings in the expectant mothers. In the research, it was also found that babies born to women who had been eating chocolate daily during pregnancy were more active and had more positive traits. These babies laughed and smiled more. Also, the babies born to stressed women who ate chocolate showed less fear in new situations than those born to stressed women who abstained. 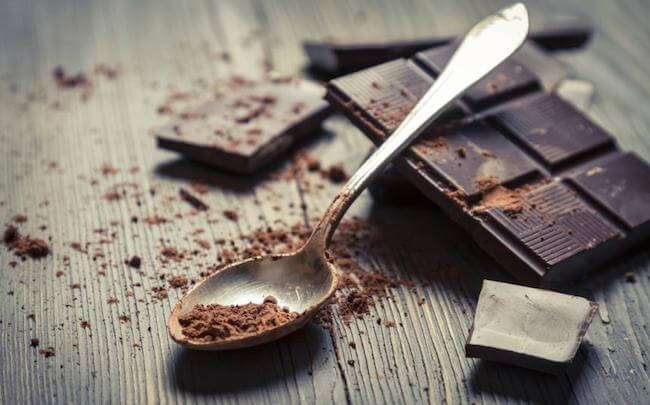 Once again the famed flavonoids present in the chocolate comes into play. The antioxidants contained in flavanols are known to be helpful in protecting against type 2 diabetes. The dark chocolate reduces the risk of damaging changes in the body that often leads to development of diabetes condition. The research conducted by the Italian researchers found that snacking regularly on one medium sized chocolate bar can protect against insulin resistance. Insulin, which is produced in pancreas helps body cells in absorption of glucose from the blood. This stored glucose is subsequently converted into energy for muscles. However, those suffering from insulin resistance stop responding to the mechanism which leads to accumulation of sugar in blood stream.

The study, conducted by Dr. Farzaneh Sorond, a neurologist at Brigham and Women’s Hospital, has revealed that chocolate can improve memory and problem solving skills by 30%. The reason behind this is that chocolate increases the blood supply to the brain by 8.3%. This provides better supply of fuel to the parts of brain that are working. Also, the better blood flow improves the activity of neurons. The chocolate can also be beneficial in treatment of patients with brain injury, such as someone with a concussion, stroke, MS, Parkinson’s Disease, Autism and ADHD. Apparently, the anti-inflammatory compounds present in the chocolate help in repairing the damaged or weakened brain cells. Due to this, the dark chocolate can be useful in treating memory loss in seniors. The flavonoids present in chocolate can help in alleviating depression as well. 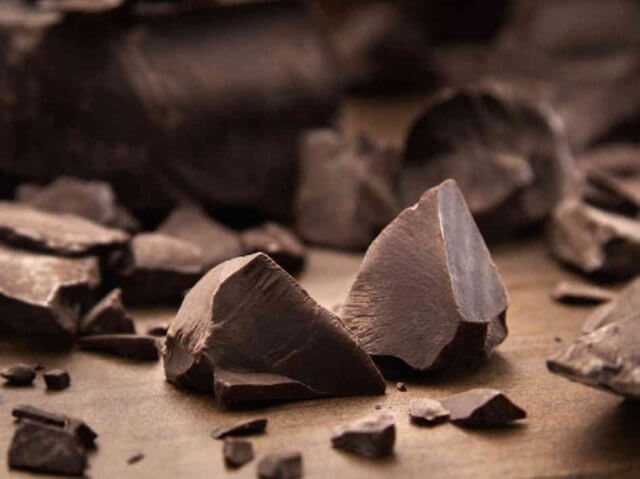 The chocolate contains a chemical known as phenylethylamine (PEA). This is the same chemical that our brain creates when we feel we are falling in love. PEA simulates the production of feel good endorphins in your brain, which as a result lifts your mood. Also, chocolate has a fat called anandamide, which is apparently named after a Sanskrit word which means bliss. Anandamide simulates a receptor that causes dopamine secretion. Dopamine causes the feeling of well-being that people often experience when they are high. It is interesting to note that marijuana also activates the same receptor as anandamide. However, the effect of anandamide on the receptor is minimal in comparison to the effect of marijuana. 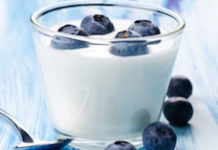 Going For Sleep? – Check These 5 Foods You May Want To Avoid Eating Before Bedtime 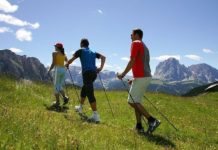 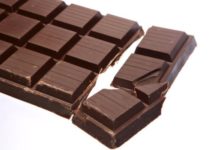