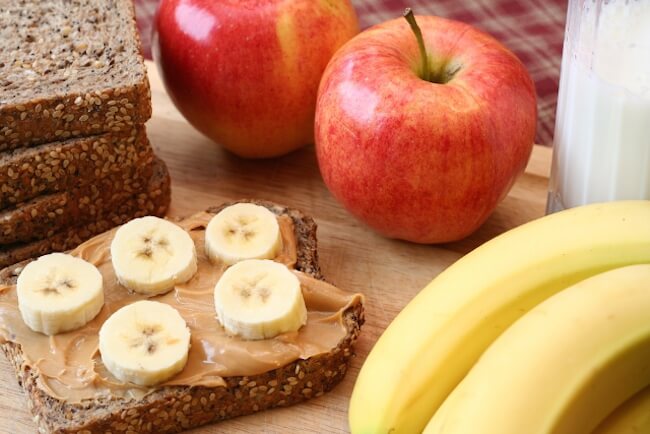 It is a well-known fact that nutrition plays a key role in success of any fitness routine. Even, if you are giving your all in the gym, but without the right nutrition, you won’t be anywhere near your fitness goals. The food you eat doesn’t just give you energy, but it fuels your muscles as well. Plus, it helps you lose weight, torch fat and even boost cardiovascular health. 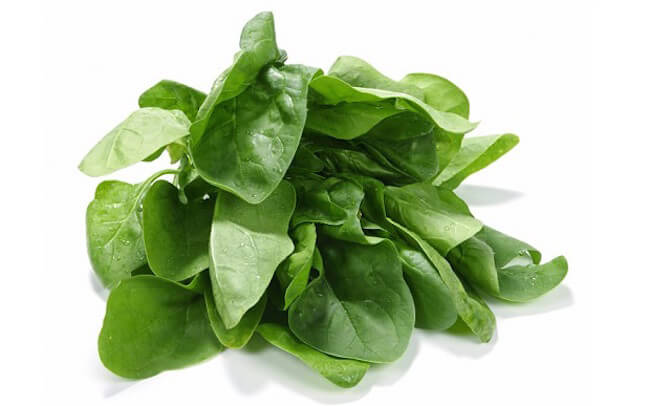 Spinach is a muscle fuel. Otherwise, how could Popeye achieve amazing feats after popping a can of it? He has battered numerous thugs, slammed a whale around like a toy, and has even tamed the most ferocious beasts with the spinach power. Although in reality, the spinach isn’t that magical, but this leafy vegetable can certainly help you develop muscles. It won’t make your muscles strong and lean, but will help your muscles repair itself faster after the workout. According to experts, the spinach can increase protein synthesis by 120 percent, and, protein synthesis is the key to muscle repair. The protein synthesis’ accelerating ability of spinach is due to the presence of phytochemicals. Octacosanol is one such phytochemical that also helps in increasing muscle strength. Plus, spinach is rich in glutamine, which is important for enhancing immunity, improving digestion and promoting muscle recovery.

Also, spinach is rich in vitamins, minerals, chlorophyll, and naturally occurring nitrates. The body converts plant based nitrates into nitric oxide, which relaxes blood vessels and improves blood flow. If you have been around professional bodybuilders, you might have noticed that they take nitric oxide supplements to support muscle growth and athletic performance. 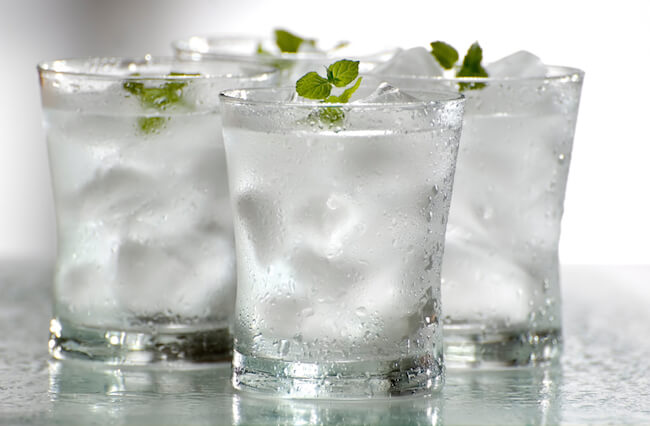 Drinking chilled water before and during the workout can improve your endurance. This has been proved by a British study as well. For the study, eight cyclists were asked to cycle to exhaustion in hot and humid conditions. Also, they were asked to drink 300 ml of either a cold (4 degrees C) or a warm (37 degrees C) drink during 30 min of seated rest before exercise and 100 mL of the same drink every 10 min during exercise. At the end of the study, it was found that those who drank chilled water were able to cycle 23 percent longer than riders who downed lukewarm liquids.

There is a scientific explanation behind this phenomena. Exercising in hot environments can increase core body temperature even if the body is dehydrated. And, elevated core temperature can significantly affect the performance. It is reported to affect cognitive ability, elevate sympathetic nervous system activity and increase central fatigue. Therefore, it is important to maintain the core temperature of 37 degree Celsius. And, drinking cold water before and during the workout helps in doing so. 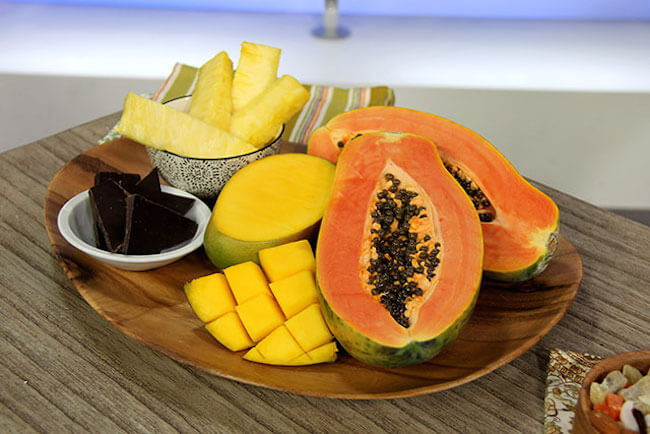 Apart from being a rich source of protein-digesting enzyme bromelain, pineapple is also a natural anti-inflammatory agent that is effective in reducing swelling, bruising and pain in musculoskeletal injuries.

Just like pineapple, papaya is rich in many vitamins and minerals. Also, it has one of finest natural pain-reducing ingredients in the form of proteolytic enzyme, papain. The different studies have found that proteolytic enzymes like papain can be just as effective as many common non-steroidal anti-inflammatory drugs (NSAIDS) in dealing with delayed onset soreness. Plus, papaya is loaded with several antioxidants including lycopene, which is a well-known carotenoid with strong antioxidant properties. It also contains beta-carotene and ascorbic acid, which are useful in improving digestion. 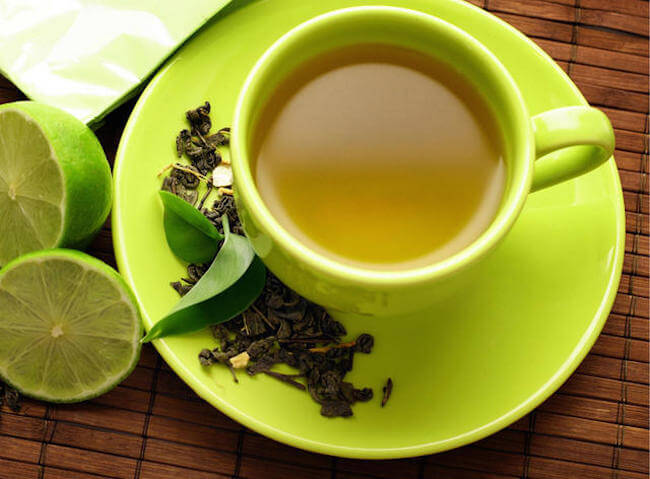 The green tea has well documented benefits. Having a cup of green tea just after the meal can aid in digestion. In fact, it has been used for thousands of years in Asia to resolve digestion related problems. Plus, green tea is loaded with more antioxidants than a serving of broccoli, spinach, carrots, or strawberries, and, having a powerful antioxidant in your system after a heavy workout can help in curbing the free-radical damage. Also, green tea is a great alternative to the ECA (Ephedrine / Caffeine / Aspirin) stack. Of course, nothing can beat ECA’s fat burning and energy amplifying benefits. But, it is not well suited for everyone. Some feel jittery and easily angered after taking ECA. Green tea has no such side effects and the theanine present in green tea really relaxes you mentally. And, it lets you perform physically as well. And, research has found that green tea can also boost your metabolism. 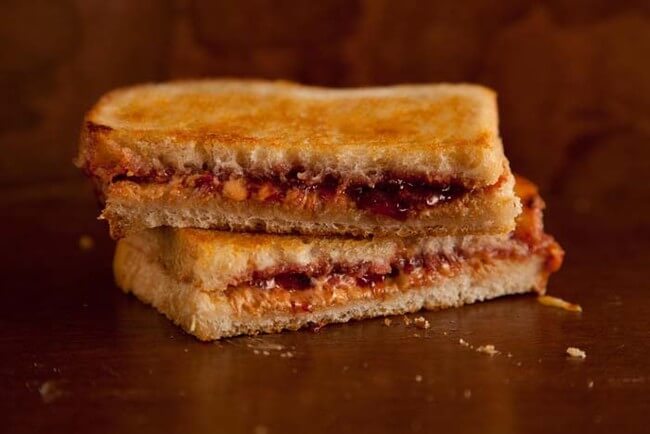 The classic peanut butter and jelly sandwiches aren’t just a great brown bag lunch item, it is loaded with protein and carbs that can assist in muscle recovery. It is a power packed post workout meal that contains approximately 20 to 30 grams of protein and 50 to 65 grams of carbohydrates that refuel an overworked body in no time. The protein is essential in building new muscles, whereas the carbs are crucial for the repair of existing muscle fibers. Also, it is a rich source of several minerals and notable vitamins such as folate, vitamin E, magnesium and resveratrol. 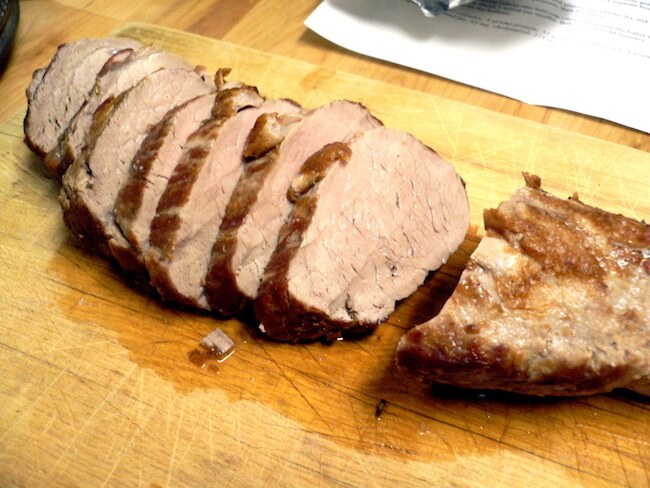 In case, you are looking for lean protein to include in your diet and at the same time, want to add some healthy meat to your diet, pork tenderloin is a good choice. It is low on fat, high on protein and a rich source of B vitamins and selenium. A 3 ounce serving of pork tenderloin has 22 grams of quality protein and 3.7 grams of total fat, 1 gram of saturated fat and 62 milligrams of cholesterol. And, it qualifies as an extra-lean cut of meat, a type of meat which is notoriously low on calories. Plus, eating more protein can help in shedding fat faster. 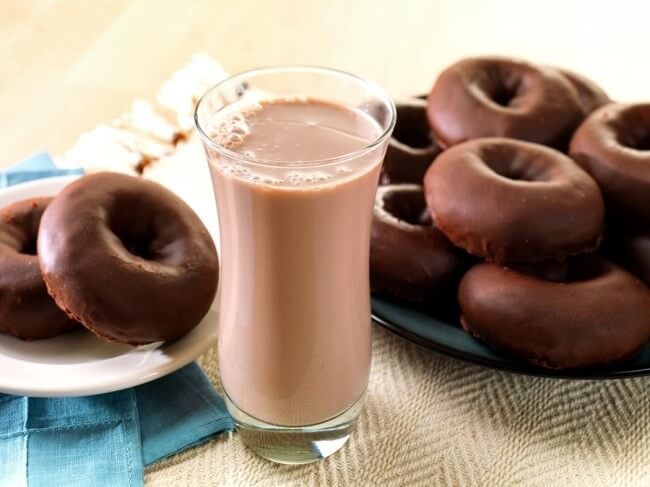 According to many experts, the chocolate milk is the best post workout beverage. It does a better job than water or sports drinks at rehydrating the body after exercise. It has been found that milk contains more electrolyte and potassium than any conventional post workout beverage. Plus, it covers you in the protein and carbohydrate department. The cow’s milk contains about 80% casein protein and 20% whey protein along with 20 to 25 grams of carbohydrates.