Aaron Finch is an Australian cricketer who is known for his aggressive batting style and hard-hitting shots. He was the first player to reach the 900 rating mark on the T20I rankings in 2019 and is also the fastest Australian to reach 10 ODI centuries. Aaron was a wicket-keeper in his initial days when he played for Colac West Cricket Club in the Colac & District Cricket Association (CDCA) as a junior. He captained the Melbourne Renegades and was the Big Bash League player of the year in 2012. In international cricket, Finch set a new record in Twenty20 international cricket for the highest ever T20I individual score in 2013 when he scored 156 runs off 63 balls against England.

Even after being the No. 1 batsman in international T20 cricket, he was dropped from the for the first 2 matches for the 2016 ICC World T20. In his 29th match, he became the second-fastest player to score 1000 runs in T20I history. In 2018, Cricinfo named him the captain of the T20 XI of the year. He is active on social media with more than 800k followers on Instagram and more than 1.5 million followers on Twitter.

He attended the Victorian Primary School.

He is represented by TLA Worldwide, Australia.

He made his test debut against Pakistan in October 2018 where he scored 62 in the first innings and 49 runs in the 2nd innings.

He made his T20I debut against England in January 2011.

Apart from the broadcast of his cricket matches, he made his TV show debut as ‘Himself’ on CNN Newsroom in 2014.

Aaron likes to keep himself fit since his profession requires it. His training schedule includes both functional and weight training exercises. He does different variations of pushups, medicine ball crunches, shoulder raises, step-ups, bicep curls, and many such exercises to keep himself fit for his game. He trains usually at the F45 gym in Melbourne. 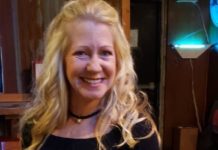 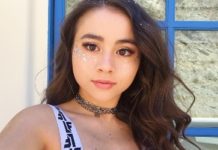