Addy Raj or Adhiraj Gaur is one of the best-looking stars of the TV today who has won hearts due to his cute face, unavoidable charm and an awesome body. You probably know him due to his previous stint in I Love OPM or as Jai Patel, an Indian suitor to the actress Billie Bendiola in the romantic comedy, Meant to Be.

He is also gaining a reputation as the most loved Playboy of the Philippines. The secret behind his amazing body is that he has been attracted towards fitness, especially running since childhood and this habit has certainly paid off later in life. Here, we are exploring the details of his workout routine and diet plan. Read on to get inspired and get going with your fitness journey as well.

The Meant to be (2017-Present) actor likes to workout on a regular basis. He says that one should work out at least 15 times a month. You can divide up the time as per your convenience. Do a workout maximum 5 times a week and let your body rest for at least two days. He seems to follow this routine himself.

The TV Star doesn’t have a precise diet plan. His focus is on eating healthy. He believes that when you eat healthily, you automatically tend to eat less. His diet plan revolves around having loads of vegetables, fruits and cutting down on his carb intake. He also insists on staying away from sugary foods as they do you no good. He usually eats food that naturally has high fiber as it makes your appetite less (or feels make you feel fuller). So, you tend to eat less, which in turn makes your overall calorie intake less.

The model has always dreamed of being the fastest in his country, India. He was even a professional track and field athlete before his passion for acting took over him. His fitness journey started at the tender age of 9 years. He loved to run and he ran everywhere he wanted to go. He loved running while going to and from the school, running in the streets as well as running in the field. Running was his passion and so, he ran as long as his legs kept up with him. 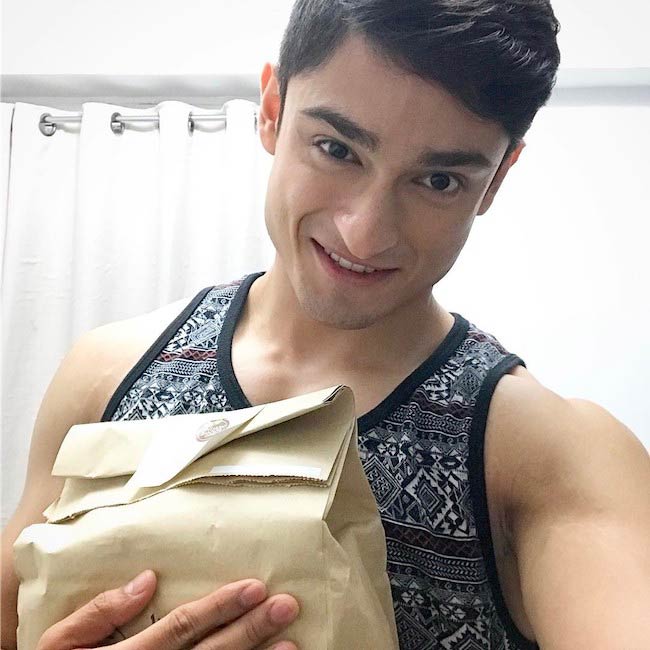 His passion for running was so deep that he competed in different running events and was among the swiftest of the blocks in the year 2014. He was best at track & field and he used to be a 100-meter sprinter. He won a lot of running competitions, which was his childhood dream. This dream was fulfilled with the help of hard work and determination.

His school in India is an international school that has loads of exchange programs. He came to the Philippines, thanks to an exchange program and his running skills. Since the day he came to Ateneo de Manila University, he has been winning medals for his school.

The best fitness secret of this graphic arts student was the tip he got from his home country. He started on his fitness journey when he was 13 and now, he is in his 20s as well as in a tip-top shape. The secret behind that body is that he focuses on eating healthy, eating less and follows the right fitness regimen. His tips for his fans would be that you should start eating your vegetables and move a lot. Getting into running is the best thing you can do for yourself as it exercises your whole body.