Having the most magnificent and adorable smile, Alice Eve, British actress has one of the most enviable figures. Owning lustrous blonde hair, Alice has wonderful dressing sense and can often be seen flaunting her curvy body in tightly fitted and trendy attires.

Alice is not naturally or genetically size-zero, she in fact has voluptuous body, but she doesn’t let her genes rule over her body. With her sheer will power and starvation diets, she prepares her for her daunting roles in movies. 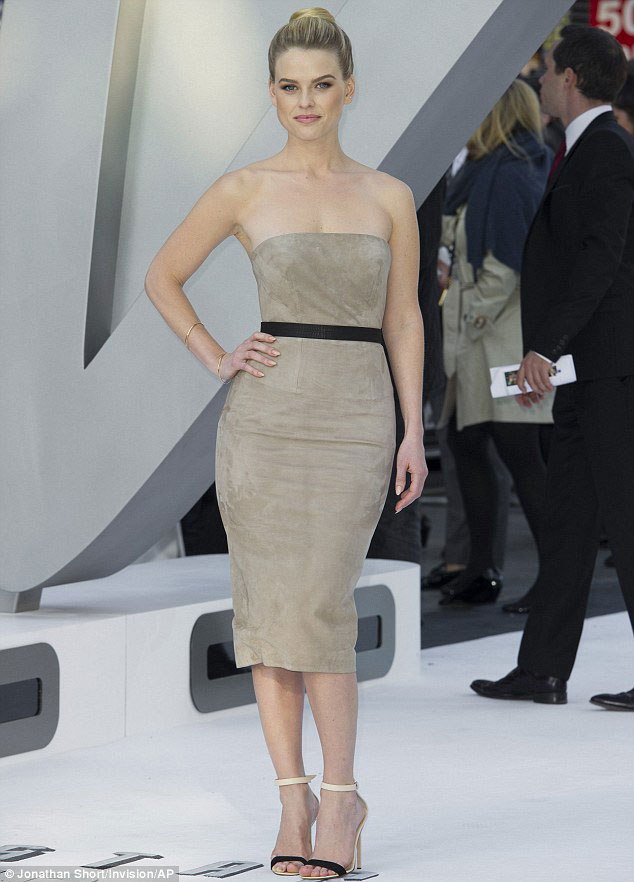 Alice being in love with yoga practices different postures of yoga in routine. She shares that she has to go through tough shootings and as an actress, she has no other option but to be extra careful about her body. Yoga is the secret of hot star’s beautiful skin and flexible body.

In addition to yoga, she also likes to have acupuncture at times. Acupuncture is a kind of therapy which originated in China. Under the technique, needles are pricked by proficient doctor inside your skin, to create pressure on certain points located in various parts of body.

This technique is very effective in providing relief from pain, nausea, and removing stress and depression. That being said, it cannot and should not be done on your own.

Everyone wants to have svelte body but only few have courage to move ahead and do anything to turn that dream into reality. However, Alice is among those resilient actresses who didn’t step away from starving herself to attain stunning and hot figure.

She adhered to strict spinach diet not for two or three days, but for five months, to prepare her for playing the role of Dr. Carol Marcus in Star Trek Into Darkness. During that time, she also maintained distance from processed, fatty, and sugary foods. She was actually abiding by detoxifying diet regime which is also known as “green cleanse”.

Tracy Anderson, her personal trainer prepared special green smoothie for her. The green smoothie can aptly be called power smoothie because it triggered fat burning process in her body and brought amazingly radiant glow on her face. Let’s have a look at typical diet regime of Alice Eve, when she was on spinach diet.

Breakfast – Alice used to give fresh and healthy beginning to her day by drinking green smoothie which was prepared by using apple, spinach, kale, and beetroot.

Lunch – Her lunch was comprised of steamed spinach, and one fruit such as pear, grapefruit, peaches etc.

Dinner – Her dinner too was comprised of mixed vegetables, green beans, steamed spinach with vinegar sprinkled over it.

Alice followed highly restrictive spinach diet because she had to flaunt her body in tiny clothes. However, she was having that kind of diet under supervision of her personal trainer.

You, as her fans might feel astonished as well as enamored to see your adored star in well-toned and fit body. But, you are recommended not to deprive your body from healthy foods like Alice did, to torch pounds from your body.

You can inculcate spinach diet in your daily diet regime by swapping one of your meals with two to three cups of boiled spinach. By doing so, without depriving your body from essential nutrients, you will still be able to gain all the benefits of power food.

Spinach diet which the British beauty followed for five months is dense in fiber, proteins, vitamin K, vitamin A, folic acid, phytonutrient and antioxidant, but at the same time, it is acutely lacking in nutrients. Except for green veggies, all other foods are restricted in the program.

Generally low calorie diet plans point up consumption of protein rich foods because protein keeps you full for longer. However, amount of protein have to be very limited, else you are likely to develop kidney stones, constipation, hair fall etc.

There is nothing wrong if we call spinach diet a fad diet. You might get transient weight loss gains, but in long run, you will be doomed to retrieve all the lost weight with degraded health.