Ana Ivanovic is a retired Serbian professional tennis player who became the world’s No. 1 tennis player in 2008 after she won the 2008 French Open and held the position for a total of 12 weeks. She won 15 WTA Tour singles titles and one Grand Slam singles title and was named one of the “30 Legends of Women’s Tennis: Past, Present and Future” by Time. She announced her retirement in December 2016. 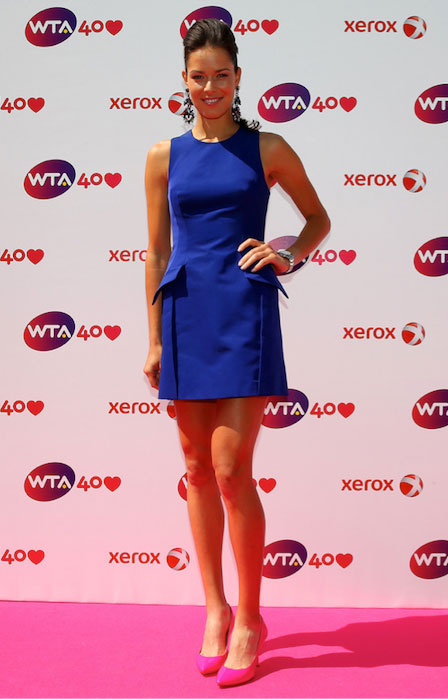 Ana has been signed with DH-Management AG (Sports management company).

Her manager is Dan Holzmann.

Her net worth has been $16 Million according to CelebrityNetWorth.com.

Ana Ivanovic is of Serbian descent.

In one of the interviews, she was asked a question about how she prepares for the upcoming tournaments and matches. To which, Ana replied –

“I’m doing different types of training and that is what helps me to get ready for big events and stay in shape. For example, there is a part of the year, where I need to go through basic weight training to add strength. On the other hand I also do Interval trainings like sprinting to improve my aerobic conditioning and my stamina for the matches.”

According to Ana, every tennis player focuses a lot on doing footwork exercises, because as she says, footwork plays one of the most important roles in each and every player’s game.

About her diet, Ana said that it is gluten-free. In her very own words –

“It’s not always possible to stay with my diet especially when I travel to countries from Asia and South America where there aren’t much products that can be found that are gluten-free.”

Also, she said that from a young age, she is using a vitamin product, Juice Plus+ that helps her support her immune system.

Ana’s diet is also a low-fat one. She said that she avoids fried foods, and eats many vegetables and lots of fruits.

She suggests pasta, rice, beef, and fish as great sources of protein and low-fat food.