Angela Merkel became the (first female) Chancellor of Germany in November 2005. She is the longest-serving leader in the European Union as of 2019, serving in office for 4 consecutive terms till the 2021 German elections. She has more than 1 million followers on Instagram.

In 1973, Angela attended the Karl Marx University in Leipzig and earned a degree in Physics in 1978. She received her Ph.D. in quantum chemistry from the Academy of Sciences in Berlin in 1986.

Merkel’s image was used for the endorsement of ‘Microsoft Bing’ in 2013. 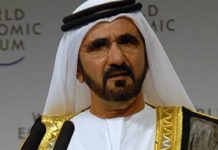