Angus T. Jones is an American actor who is best known for portraying roles such as Jake Harper in Two and a Half Men and Georgie Sanderson in Bringing Down the House. He has also appeared in a variety of other TV shows and films such as Simpatico, George of the Jungle 2, The Rookie, See Spot Run, Dinner with Friends, ER, The Christmas Blessing, CSI: Crime Scene Investigation, Hannah Montana, Big Brother 6, and Horace and Pete. Angus also started working in the management team of the event production company, Tonite, in 2016. For his acting skills, he has won numerous awards such as the Young Artist Award and TV Land Award. 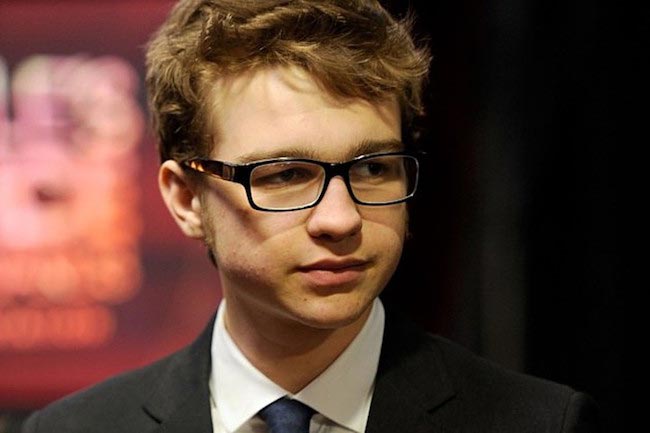 As a kid, he has appeared in numerous commercials such as Kraft Cheese and Macaroni, Volkswagen ad, Home Depot, City Cosmetics, etc.

Playing the lead role as Jacob David “Jake” Harper in the CBS sitcom Two and a Half Men from seasons 1 to 10. He had a guest role in 2015 in season 12.

In 1999, Angus appeared in Simpatico for his role as a five-year-old kid.

In 2001, Angus appeared in just 1 episode of NBC’s medical drama series ER for his role as Sean Gattney.

He was a little chubby as a kid and lost significant weight in 2011. Angus lost all the puppy fat he had and became slim-trim.