Anna Faris is an American actress, comedian, singer, voiceover artist, producer, podcaster, and author who is regarded as one of the “most talented comic actresses” of her generation. She has been cast in movies like the Scary Movie film series, My Super Ex-Girlfriend, Brokeback Mountain, The House Bunny, The Dictator, Lost in Translation, Smiley Face, The Hot Chick, Overboard, What’s Your Number?, Just Friends, May, Cloudy with a Chance of Meatballs, 22 Jump Street, Alvin and the Chipmunks: The Road Chip, Keanu, and Take Me Home Tonight.

Anna attended Edmonds-Woodway High School in Edmonds, Washington and graduated from it in 1994. In 1999, Anna received a degree in English Literature from the University of Washington.

Anna Faris has been signed with –

In 2020, her net worth was $30 Million according to CelebrityNetWorth.com.

She has though dyed her hair black in the previous years.

Anna has appeared in commercials on Red Robin Burgers, Abilify, Frozen Yogurt, and others.

Anna appeared in the 1996 movie Eden for her role of Dithy.

She played the role of Erica in the NBC’s sitcom Friends in 5 episodes in 2004.

She also had a voice role before in 2002 in the adult animated situational comedy series King of the Hill.

Anna Faris has taken help from celebrity trainer Nicole Stuart. Nicole, who is a Pilates instructor has guided many celebs including Anna and Kate Hudson.

Faris also paid attention to her diet for her role as Shelley Darlington in the movie and ate steamed vegetables, grilled chicken, and other healthy food items. 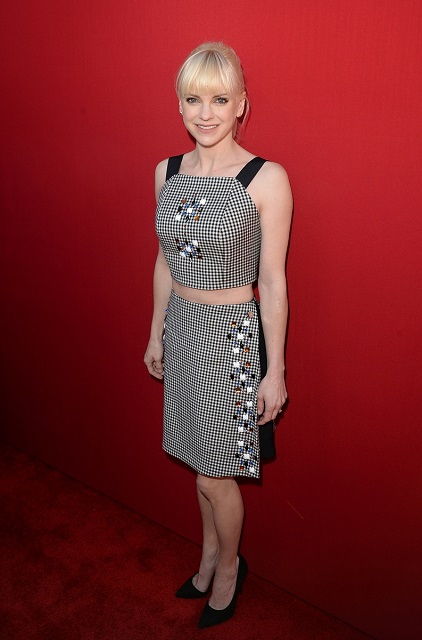