Barun Sobti is an Indian actor whose powerful performances in hit TV shows like Baat Hamari Pakki Hai and Iss Pyaar Ko Kya Naam Doon? (2011-2012) have made him a household name. He has earned the title ‘Golden Boy of Television’ due to the unparalleled number of awards he has received as a TV star.

He has a home in Mumbai and also in Delhi.

He went to St. Mark’s School in Paschim Vihar, New Delhi and graduated from the University of Delhi.

He often tends to dye his hair ‘dark brown’ and ‘light brown.’

He has endorsed several brands such as – 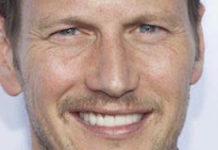