Griffin enrolled himself at the Oklahoma Christian School in Edmond, Oklahoma after which he attended the University of Oklahoma. He left his college, two years prior, so he can enter the 2009 NBA Draft.

Blake has American and Afro-Haitian ancestry. 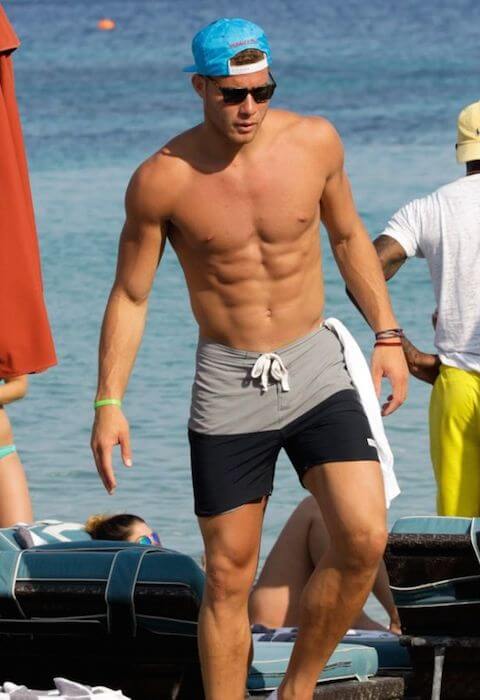 Blake is a Christian.

Blake Griffin is known for his great athleticism, especially for his vertical jump and strength. He is considered one of the best and most athletic power forwards who has ever played in the NBA league.

Griffin is also known for his achievements, which are –

Not so good on defense

Griffin was first seen in the comedy movie The Female Brain in the role of Greg in 2018. Though the film was released in 2017 during Los Angeles Film Festival.

As an actor, Blake first appeared in the dramedy (comedy-drama) TV series Greek in 2008, playing as Omega Chi Brother / Condon in two of the episodes. His role was uncredited.

Blake had his official NBA debut on October 27, 2010, when his team Los Angeles Clippers faced, at that time, the very solid team of Portland Trail Blazers with their rising star, Brandon Roy. Blake had a “huge” night, scoring 20 points and grabbing a total of 14 rebounds along with dishing 4 assists.

However, the Clippers lost that game by 10 points with the final result being 98 – 88 for the Blazers.

Blake Griffin is well known for his vertical jump and his overall athletic ability. Many people call him “the human highlight reel” because he can dunk over people like no one else can, in the whole NBA league.

His leg power and upper body strength are a result of hours spent on working both in on-season and off-season. Blake says –

“There’s no shortcut to success. My vertical jump didn’t reach this far overnight. I’ve spent hours, months and years working on my body, and I still do it on a regular basis. Staying in shape all year long is what every player should focus upon. It’s good on a long run and it gets you ready for the playoffs.”

Blake points towards his unique workouts on the sand dunes, which as he says are responsible for his great leg power and vertical jumping abilities. In his own words –

“Every summer is the same story. I go on the sand dunes and run up and down. My trainer often pushes me to run with 20 kg vest. Trust me, there is nothing better than working on the sand dunes. Neither lifting 2x bodyweight squats or deadlift can provide such intensity as sand dunes can.”