Bo Derek is an American actress, model, and producer who is best remembered for playing Jenny Hanley in the s** comedy 10 (1979), Jane Parker in Tarzan, the Ape Man (1981), and Ayre MacGillivery in Bolero (1984). She has more than 60k followers on Twitter, more than 10k followers on Facebook, and more than 30k followers on Instagram.

Bo studied at the Narbonne High School and George S. Patton Continuation School in California. However, she dropped out of high school at the age of 16 after landing a film role.

Bo is represented by Celebrity Network Management located in Germany.

She has German, Welsh, Irish, and Dutch ancestry.

Bo has endorsed the following brands – 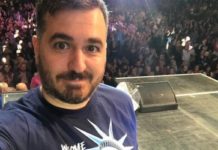