Melanie Griffith went to the Hollywood Professional School, which was set up especially for children working in Hollywood and was closed in 1984. As Griffith was good in studies, she was allowed to skip a grade and graduate by the age of 16.

On her father’s side, she has English, Scottish, Irish and Welsh ancestry.

While, on her mother’s side, she is of German, Norwegian and Swedish descent.

Melanie has had an endorsement deal with beauty giant, Revlon. Along with appearing in their TV commercial, she has been featured in a series of print adverts as well.

She has also starred in the TV adverts for

She was featured alongside her three children Alexander Bauer, Dakota Johnson, and Stella Banderas in a print commercial for Got Milk campaign.

In 1969, Melanie made her first film appearance in Glenn Ford starrer Smith! However, her work in the movie was uncredited.

Her first credited film role was in mystery thriller movie, Night Moves in 1975.

In 1976, Melanie appeared in the military mini-series, Once an Eagle.

Despite her advanced age, she keeps her flawless figure in a tip top shape with a regimented workout routine. She regularly hits the gym for her strength workouts. Also, she is often spotted leaving yoga classes, which have helped her slow down the march of advancing age. She also keeps a close eye on what and when she is eating.

Also, she is often spotted leaving yoga classes, which have helped her slow down the march of advancing age. She also keeps a close eye on what and when she is eating. 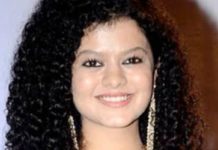 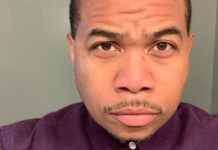