Dakota Johnson is an American actress, producer, and model who is known for her role as Anastasia Steele in Fifty Shades film series as well as for appearing as Kate Fox in the Fox single-camera sitcom Ben and Kate. As she comes from a family of artists, she also began her career pursuits in the acting industry at a young age and has since been cast in a multitude of roles in projects such as Crazy in Alabama, The Social Network, Cymbeline, The High Note, How to Be Single, The Office, and The Peanut Butter Falcon.

Johnson went to Aspen Community School in Aspen, Colorado. Subsequently, she was enrolled at Santa Catalina School in Monterey, California for her freshman year.

She is naturally a brunette (Brown colored hair). But, she sometimes dyes her hair blonde depending upon film and TV roles. 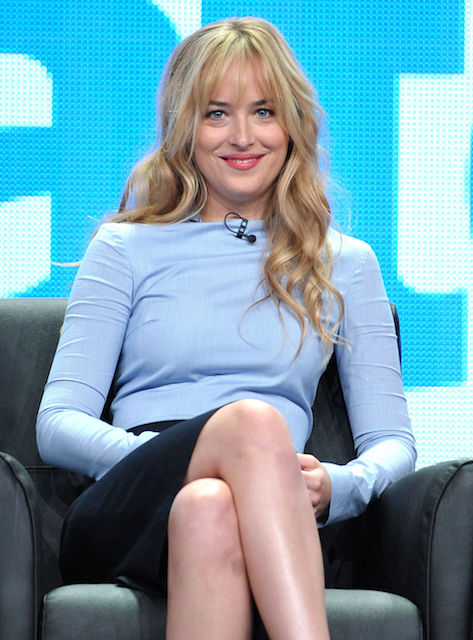 In 2009, she modeled for the MANGO brand’s jeans line.

In 2011, Dakota appeared in the “Rising Star” campaign for Australian fashion house Wish.

Dakota played the role of Sondra in the 1999 comedy-drama film Crazy in Alabama.

She played the role of Kate Fox in Fox’s single-camera situation comedy television series Ben and Kate. The actress was a part of the main cast of the series and her performance got her nominated for the 2013 Women’s Image Network Award for “Outstanding Actress in a Comedy Series”.

For the 2015 film Fifty Shades of Grey, she started hitting the gym regularly. Before that, she was not consistent. There are scenes in the film, where she is meagerly dressed. So, to look good n*ked, she is spending a lot of time in the gym.

She also sips cold-pressed raw juice during the daytime.

Now, she feels awesome working out and even hits the gym during her off time with her boyfriend Jordan Masterson.