Who says, only strict dieting and heavy exercises can get you stunning body and admirable figure? Just have a look at the most stunning British star Carey Mulligan.

Carey at her humble side says, she doesn’t feel anything sexy about herself. In a world, where everyone is chasing glamour, Carey does care to be recognized with a sexy image, she rather wants to be recognized for her role and the parts she plays.

What she has to say about Dieting

Gorgeous looking, Oscar winning star hates dieting. Carey hates having weetabix for breakfast, soup for lunch and salad for dinner. A life with No wine, No pizza, certainly is not her taste.  She herself has followed this morbid style of dieting once, and that was for her Oscar winning movie “An Education”.

At the set of “An Education”, she was seen so skinny that people could even notice her spine. She hates remembering her days of extremely thin body. She was left with only 112 pounds then.

Though she did practice dieting for performing her role in “An Education”, she was not at all flattered with her scary appearance in the movie. She didn’t like herself being so skinny. She considers herself miserable in that role, and does not want to set an example to those, who aim to follow her footprints to lose weight.

Her time of extreme fragility and thinness is also not a secret anymore. Caught with appendix, during her London run for a shoot, she had seen the worst time of her life. It was the time, when her health went so down that she remained only eight stone (or 112 pounds). And with her fragile body, she often used to feel at times that probably her mind has also stopped its functioning.

Dieting is not at all a good idea to her because that deprives you from good food and healthy diet.

Though she is not fond of heavy exercises, but she still loves to include light exercises in her daily routine. Unlike other popular stars, she does not prefer to live like an actress or follow the lifestyle of an actress. She loves to have a normal routine like an ordinary person, who doesn’t have to spend six hours in gym to be in proper shape. 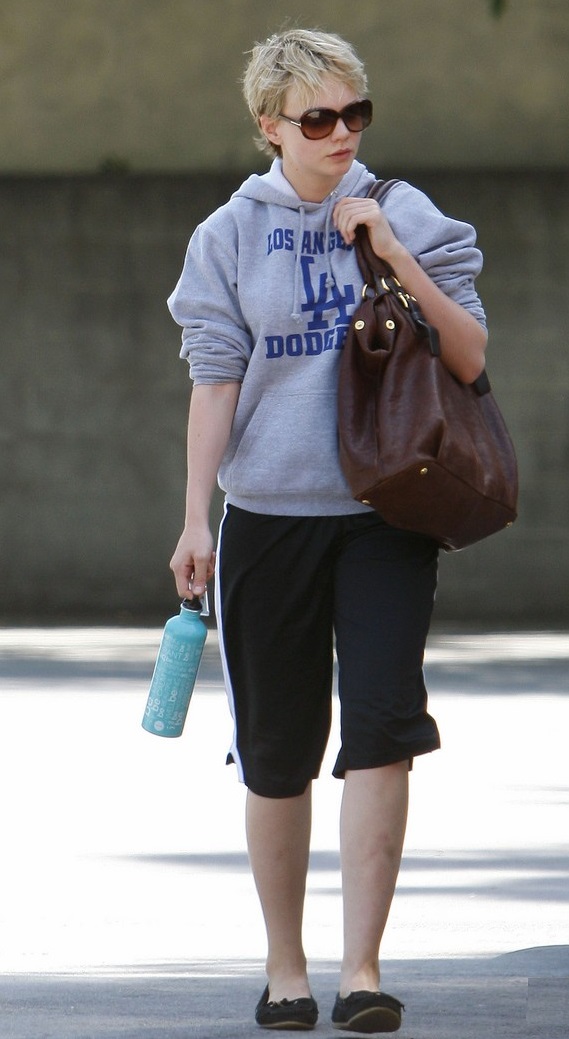 Assisted by personal trainer, Carey practices up-hill cardio exercises. Hiking is not just a great exercise but it can amaze you with wonderful results, as hiking has its impact on all the muscles of the body. Like all other workouts, its benefits do not remain limited to some body parts only. This exercise is meant to work on the entire body, and can burn up to 370 calories per hour.

As Carey likes hiking and doesn’t practice any hard exercise or workout in particular to stay fit, she doesn’t mind suggesting her fans also to steal some hours from their office hours, for hiking up the hills nearby the office. Hiking provides a great workout to your arms, legs, shoulder, hips, abdomen, neck and ankles.

She adores applying make-up and prefers to do it on her own without any assistance. Not exposing her beautiful skin to sun directly without wearing sunscreen is the secret of her flawless skin. Proper sleep of 9 hours keeps her refreshing throughout the day. Quitting smoking has really proved to be the best decision of hers, as her skin has gained an incredible glow after that. She likes to dance, whenever she is out with friends.

Carey has spent a lot of time in discomfort, this was the time when she was not at all satisfied with what she had, and didn’t know what she was doing to herself. But after living in disappointment for such a long time, she has finally got comfortable with herself. She has decided never to skip her food ever again, or practice any crappy and miserable dieting for losing weight.

Her generous message to all the women race is – don’t make yourself suffer by depriving your body from healthy food. Women and girls trying hard to lose weight with the help of dieting should certainly take a lesson from her.

Carey’s variations in weight never brought any negative or positive influence; in terms of getting more or less offers in movies. She has finally realized that being skinny is certainly not a license to get more movies.