Caroline is a staunch supporter of the LGBT community which has given rise to rumors that she is gay and in a relationship with her bandmate Aino Jawo. However, in an interview with Huffington Post, she has expressed otherwise.

On her father’s side, she has Finnish ancestry. She is also of Swedish descent.

In 2012, her music group released their debut studio album, Icona Pop, which managed to reach the #55 spot on the Swedish album charts.

In 2016, Caroline made her theatrical film debut in the animated comedy movie, Trolls. She lent her voice for the character Chenille in the movie.

In 2012, she made her first TV show appearance in the music game show, Sommarkrysset. 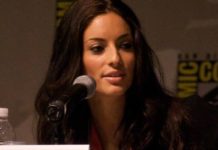