In 2000, she finished studying for a Bachelor’s Degree in Journalism from Curtin University of Technology.

She has Australian ancestry.

Carrie served as an ambassador for the following brands:

She has not been a part of any theatrical film so far.

Carrie’s first recurring appearance was on the comedy talk show Rove Live in 2006. She appeared in a total of 32 episodes until 2009. 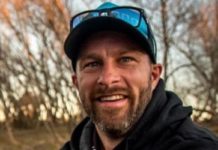