With an envious curvy figure along with a tag of the sexiest woman in the world, Cheryl Cole is one of the most popular artists of Britain in the recent times. The television show X Factor would have been less glamorous without this sensational diva sitting on the judge’s seat. Her curves, her natural good looks and of course, her singing talent has not only made her desirable for the opposite sex but resulted in sleepless nights for women around the world. We have seen pictures of her toned body in various magazine covers and have always wondered about her diet and fitness regimes. Let us check out some of her secrets –

Along with a planned diet, what worked wonders for the singing sensation is a well planned daily schedule including fixed time for sleep, workout and dancing sessions.

Would you believe the secret of getting a toned body lies in the total hours of sleep, you have every day? According to a reliable source, Cheryl just had 5 hours of sleep before she got this envious figure. But when she started the two hour workout session, 5 hours was too less. It left her tired and exhausted. Now, she has 9 hours of tight sleep from 9: 30 pm to 6: 30 am.

Cheryl locks herself up for two hours when she starts with her exercises. She is without her cell phone and thus out of contact from the rest of the world. All that she has is loud music and cardio exercises. She did 300 sit ups and ab exercises that helped her lose 4lbs in the first week itself. She feels that this is the time that she enjoys the most as it releases the pressure and stress of profession. 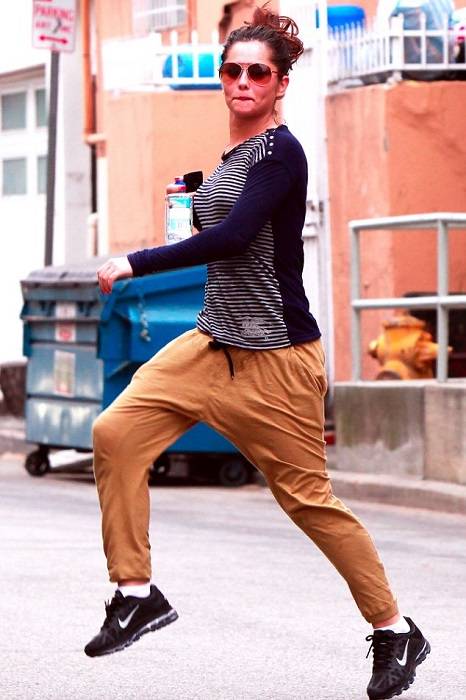 Her exercise includes working on the tiny muscles of the legs as she wanted thinner thighs. The routine that she followed pulled in the big muscles and made her thighs a lot slimmer than before.

Cheryl believes that the factor that has been most effective in burning the fats is the continuous dancing sessions. She undergoes dance rehearsals for Girls Aloud for as long as 8 hours every day. It is believed that dancing half an hour burns seven calories a minute. This means that it can burn 420 calories in 1 hour. Dance has helped her reduce 9 stone weights to 8 stone one.

If you think Cheryl had cut down heavily on her diet to get the present body, then you are wrong. All that she had during the rigorous slimming down period was a nutritious diet along with a strict chart of a number of dos and don’ts, which she followed religiously.

Timely Meal Is Mandatory For Cole

Having timely meals is the most important requirement of a healthy figure and healthy living. And Cheryl did just that. Earlier, “Under the Sun” singer used to have breakfast at 11 a.m. and dinner at 9 p.m. But once she realized that she had to cut off those extra fats from the non required parts, she at first changed her meal timings.

What she strictly avoids is alcohol, which has worked like a miracle. However, she likes having little bit of wine but she has stopped taking high content of alcohol.

It must be remembered that Cheryl’s stature is not that high. So, a slight increase of weight can show on her body. Therefore, it is very important for her to maintain her regime to keep up the toned body that she has gained. What Cheryl has followed is not so difficult. It’s just that you have to be strict and maintain the daily routine without fail.