Cyrus S. Poonawalla is an Indian businessman and philanthropist, best known as the chairman of Cyrus Poonawalla Group. He founded the Serum Institute of India in 1966, which is one of the world’s biggest vaccine manufacturers that has produced more than 1.5 billion doses annually. His vaccines were present in 167 out of 195 countries in July 2019.

He earned his Ph. D from the Pune University in Pune, Maharashtra, India in 1988. His thesis was named Improved Technology in the Manufacture of Specific Anti-Toxins and its Socio-Economic Impact on the Society.

The University of Massachusetts Medical School in Worcester, Massachusetts, United States awarded him an Honorary degree of Doctor of Humane Letters on June 3, 2018.

On June 26, 2019, the University of Oxford awarded him an Honorary Doctorate of Science degree.

Cyrus S. Poonawalla has donated to Leprosy Hospitals in India and has constructed Gool Poonawalla, a building to house leprosy cured handicapped people. 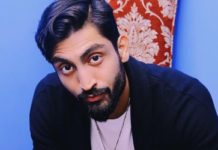