Elle Fanning is the younger sister of Dakota Fanning, who got famous after her 2001 film “I Am Sam”. But, Elle is not known by her sister. She has developed a good image in Hollywood by working in films like Phoebe in Wonderland (2008), Somewhere (2010), and We Bought a Zoo (2011). I doubt she may become more famous than her sister in the coming time. 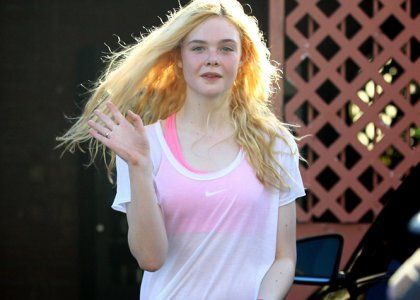 Recently, Elle was seen coming out of the studio city in El Lay, Los Angeles in California. She was looking very tired. But, still managed to wave at the camera.  She was having a Pilates session there. Regarding her workouts, she says that she likes dancing and the same is her workout. She likes ballet dancing very much. What a great way to stay fit and healthy! Dancing is a cardiovascular exercise which many people do to get warm up. Infact, any cardio can be done like running, walking, cycling and others. She can never feel bore with her favorite exercise – dancing, as there is so much to learn, so many steps and different form of dance styles are there. Elle does 6 days of dancing in the studio. So, in this way, she can learn dance and can remain in shape forever.

Dancing and Pilates are the exercises, which she is currently into. This can really help her to keep her body flexible. She is just 14 as of now, and can rotate her body in any way, she likes. In long-term, she will be really benefited from that.

Elle Fanning has not shared much information related to her eating habits. So, the diet plan of her older sister, Dakota Fanning, combined with hers, is shown here. Because they live in the same house and as Elle is younger, so she may want to copy some of dieting habits of her darling sister. 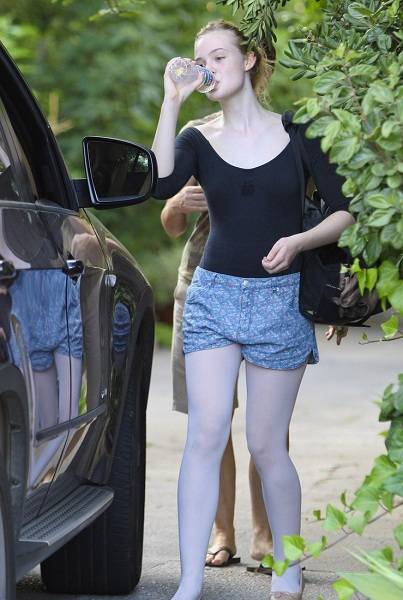 Dakota usually takes these items in her daily diet.

Breakfast consists of breaded chicken patty on a buttermilk biscuit and a grapefruit juice, which is a great source of Vitamin C and calcium and protects against cold /flu. But, Elle enjoys eating Vegemite sandwich.

For her afternoon meal, she eats soul food like fried chicken, collard greens, and macaroni and cheese. Sometimes, when she is not at home due to her work, she also eats chicken fingers, boiled peanuts and wine (non alcoholic). Elle likes to have fresh salmon during this time.

Elle Fanning likes to eat cookies in the evening with coffee.

Fanning sisters likes to have tacos, a Mexican dish, in their evening meal. In addition to this, they also enjoys eating barbecue chicken.

Elle takes protein shake after her dance classes to regain energy. Fresh fruit juice such as orange juice or yoghurt, fruits like bananas and berries can be taken after the workout sessions to gain carbohydrates.