Gatsby is an English reality TV star, former soccer player, rapper, and businessman best known for his appearance in the reality TV series The Only Way Is Essex which he joined during the 16th season in October 2015. He was introduced to the audience as the best friend of Lydia Bright, also a contestant, whose mom is his godmother, Debbie Bright. Liam actually appeared in the TV advertisements for the very 1st season of The Only Way Is Essex in 2010. Even though he passed the casting and it was announced he would join, Liam back out of the opportunity at last minute because he thought the timing was off. Before he was a reality TV star, he was also a professional soccer player and played for West Ham United.

In July 2016, he became a rapper when he recorded a song and a music video titled Helicopter, also featuring rapper D Double E. He also released a single titled Christmas With You featuring his ex-girlfriend and fellow The Only Way Is Essex co-star, Chloe Sims in 2016. Liam is also a real estate broker and a businessman as his family owns Criminal Damage and Boy London, both well-known clothing brands in the United Kingdom. He also started making plans to create his own fashion line in 2018. Liam has also amassed a large social media fanbase with more than 500k followers on Instagram and more than 200k followers on Twitter.

Gatsby is represented by Natalie Woods Talent (Talent Agent) in the United Kingdom.

Gatsby has endorsed brands such as –

Gatsby released his debut rap/alternative single, Helicopter, in collaboration with a rapper D Double E, on August 31, 2016. The music video for the song also featured his The Only Way Is Essex co-stars and/or friends, Lauren Goodger, Tommy Mallet, Georgia Kousoulou, James ‘Arg’ Argent, Lydia Bright, James ‘Diags’ Bennewith, Jon Clark, and Dan Edgar. On December 20, 2016, he also released a single titled Christmas With You, featuring his then-girlfriend and The Only Way Is Essex co-star, Chloe Sims. 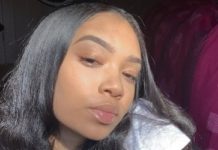 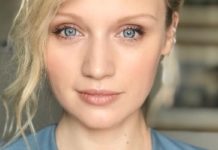 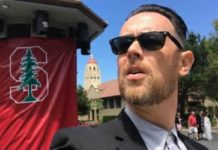