Jack Gilinsky is an American singer and musician who is known for being the one-half of the pop-rap duo Jack & Jack, alongside Jack Johnson. The duo has released albums, tracks, and extended plays such as A Good Friend Is Nice, Calibraska, Gone, Paradise (Never Change), Tides, Cheat Codes (ft. Emblem3), Right Where You Are, Wild Life, Doing It Right, No One Compares to You, Beg, Like That (ft. Skate), Cold Hearted, Stay with Me, Closure, All Weekend Long, and Flights.

Jack Gilinsky is of Ashkenazi Jewish descent on his father’s side and has Slovak, Czech, German, Irish, and English roots on his mother’s side.

Talent (Is good at both comedy and singing)

Jack & Jack released their debut EP titled Calibraska on July 24, 2015, independently, which consists of 4 singles. It peaked at #12 on US Billboard 200. Their first-week sales figure was 30,000 worldwide.

Jack & Jack released its first studio album titled A Good Friend Is Nice on January 25, 2019, through Island Records, a subsidiary of Universal Music. The album cover is a photo of them from their time in kindergarten and features the handwriting of 5-year-old Johnson and the date “1-11-02”.

The album peaked at number #36 on the Australian Digital Albums (ARIA) chart and at number #124 on the Belgian Albums (Ultratop Flanders) chart.

His first film was an hour-long documentary movie Jack & Jack the Movie released on Christmas 2014, where he appeared as himself. He even produced the film.

Later, as an actor, he appeared in the comedy film Janoskians: Untold and Untrue in 2015 alongside fellow Viners. 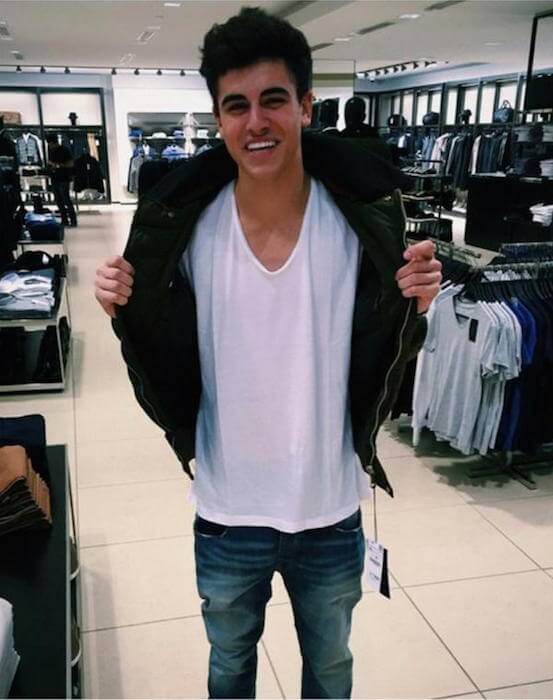