Jaimie Alexander is an American actress who is best known for portraying roles such as Jessi in Kyle XY and Lady Sif in Thor, Thor: The Dark World, and Thor: Love and Thunder. She has also appeared in a variety of other TV shows and films such as Rest Stop, The Other Side, Hallowed Ground, Love & Other Drugs, The Last Stand, Broken Vows, It’s Always Sunny in Philadelphia, Bones, CSI: Miami, Agents of S.H.I.E.L.D., Blindspot, Talking with Chris Hardwick, and Loki. For her acting skills, Jaimie has won several awards such as the 10th Action Icon Award. 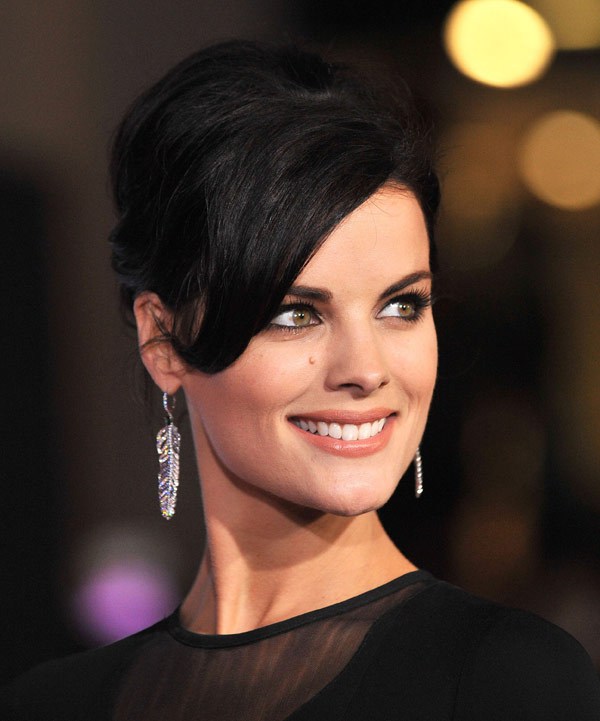 A brunette with hazel eyes

Appearing in the television series Kyle XY for her role as Jessi and in the superhero film Thor in 2011 and 2013 as Sif.

She debuted with the 2004 film Squirrel Trap in which she played the role as Sara.

She portrayed Tammy in the American sitcom It’s Always Sunny in Philadelphia in 2005. This was her debut role in television.

She does a variety of exercises. Jaimie has always been athletic during her school days, where she had run track and cross country. To maintain her body and do a challenging role as Sif in Thor: The Dark World, she replaced running with hot yoga. She finds this type of yoga really helpful as it is a nice way to get rid of harmful toxins. Yoga has done good things for her skin and taught her to breathe in hard times.

She needed to put proper efforts on her diet as well for Thor 2, especially the protein content. For that, she received tips from her co-star Chris Hemsworth.

She suggests her fans to take care of their bodies as this is a one-time gift from God and we should not destroy it with too much alcohol intake and by starving ourselves.

Jaimie eats quinoa and brown rice. On top of that, she finds complex carbs with some proteins useful.