Jake Boys is an English YouTuber who is well distinguished for the challenges, pranks, reactions, promotions, and occasional Q&A videos that he uploads on his eponymous YouTube channel. He also has a secondary YouTube channel titled Jake Boys Vlogs on which he uploads vlogs mostly based on his everyday life. Jake has amassed a huge fan following with over 600k subscribers on YouTube, more than 500k followers on Twitter, and over 300k subscribers on his secondary YouTube channel.

Jake studied Sports, Information and Communication Technology, and Business at a college based in Sussex.

Jake is represented by Millicent Wilkinson from Kameleon.

A mole on the left side of his face

Jake has done endorsement work for several brands such as –

Jake goes to the Underground Gym in Newhaven. He starts his routine with a 5 minute warm-up on the treadmill and then indulges in some boxing training. He also practices weighted lunges and completes his workout by sweating it out with battle ropes.

As for his diet, he doesn’t really follow a strict meal plan but Jake prefers to eat everything in moderation. 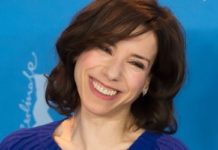