Jenna Elfman is an American actress, voiceover artist, dancer, and producer who is best known for playing the role of Dharma Freedom Finkelstein Montgomery, Greg’s wife and a flower child, in the ABC sitcom called Dharma & Greg. For this role, she received the Golden Globe Award for “Best Actress – Television Series Musical or Comedy” in 1999 and a TV Guide Award for “Favorite Actress in a Comedy” in both 1999 and 2000 as well as three nominations for the Primetime Emmy Award for “Outstanding Lead Actress in a Comedy Series”. Jenna is also known for her roles in other shows and movies like Courting Alex, 1600 Penn, Fear the Walking Dead, Two and a Half Men, Dr. Dolittle, Townies, Grosse Pointe Blank, Big Stone Gap, The Six Wives of Henry Lefay, Town & Country, Looney Tunes: Back in Action, Clifford’s Really Big Movie, and Keeping the Faith. 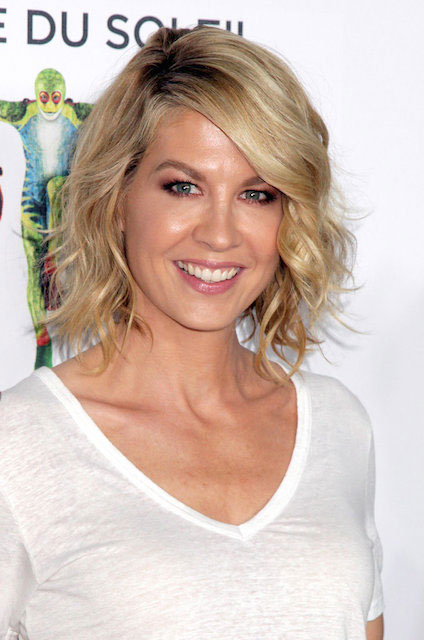 Jenna attended Los Angeles County High School for the Arts. Later, she went to California State University, Northridge (CSUN), but dropped out after a month.

According to CelebrityNetWorth.com, her net worth was $12 Million in 2020.

In 1991, Jenna started dating actor Bodhi Elfman after they both met during a Sprite (soft drink) TV commercial audition in February 1991. After 4 years of dating together, the couple married on February 18, 1995.

Jenna has Croatian ancestry on her father’s side and is of English, Scottish, and German descent on her mother’s side.

She has appeared in Sprite, coffee, 1996 Honda Accord, Clearasil, AT&T, and many other commercials.

She was raised as Roman Catholic.

Jenna is also a member of the Church of Scientology.

Playing the lead role as Dharma Freedom Finkelstein Montgomery in the ABC’s sitcom Dharma & Greg from 1997 to 2002. She appeared in all the 119 episodes of the show.

She appeared in the 1997 comedy film Grosse Pointe Blank for her role as Tanya.

In 1992, Jenna appeared in CBS’s mystery series Murder, She Wrote for her role as a background ballet dancer in an episode titled “Dance Diabolique”. Her role is uncredited.

Jenna is a busy lady and due to her hectic life, it becomes difficult for her to find time for exercise. Depending upon the available time, she likes to do the walking, climbing stairs, does strength training, hiking, dancing, etc.

Jenna does lunges while brushing her teeth, and likes to do 10 to 15 push-ups before going to bed.

She tries to eat organic whole grains, fruits, vegetables, and others. She drinks lots of water and also sleeps a lot. 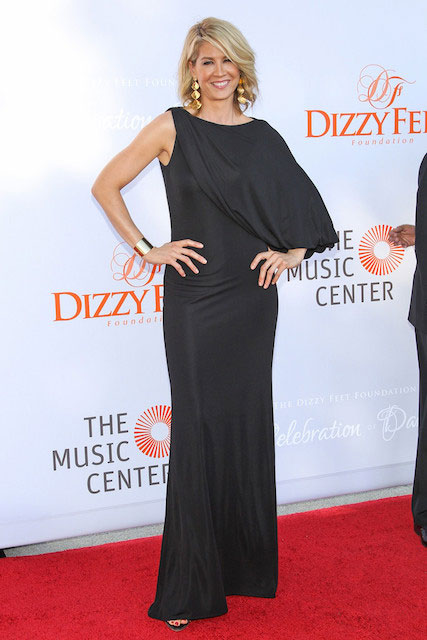