Karishma Kapoor is an Indian actress who is best known for her successful career in the Hindi films and for being a member of the “Kapoor” family. She has appeared in a variety of films such as Prem Qaidi, Nishchaiy, Muqabla, Prem Shakti, Raja Babu, Andaz Apna Apna, Coolie No.1, Gopi Kishan, Raja Hindustani, Hero No. 1, Dil To Pagal Hai, Biwi No.1, Hum Saath-Saath Hain, Dulhan Hum Le Jayenge, Fiza, Bombay Talkies, Om Shanti Om, Mere Jeevan Saathi, and many more. For her acting skills, she has been honored with numerous awards such as the Filmfare Award, National Film Award, Zee Cine Award, and IIFA Award.

Karishma went to Cathedral and John Connon School in Mumbai, Maharashtra until the sixth standard. She also went to Sophia College For Women (affiliated to University of Mumbai) in Mumbai. 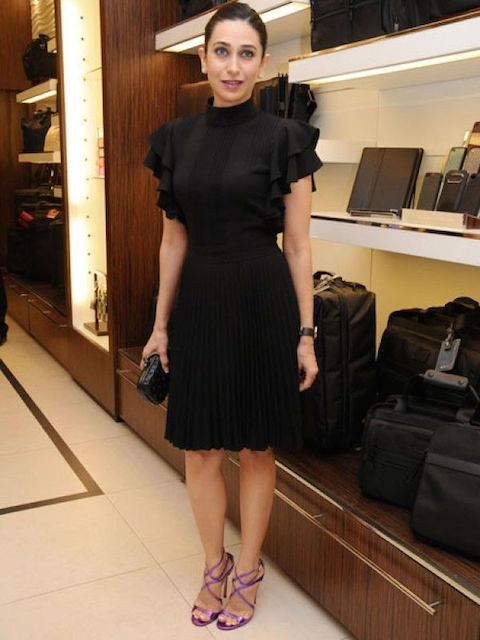 She has Punjabi ancestry on her father’s side, while Karishma is of Sindhi descent on her mom’s side.

BabyOye.com (Karishma Kapoor is also the largest individual shareholder of the company).

Her mom Babita is a Christian. But, Karishma follows Hinduism.

She debuted with the 1991 musical film Prem Qaidi for her role as Neelima.

From 2003 to 2004, Karishma appeared in Sahara One’s soap opera Karishma – The Miracles of Destiny for her role as Devyani / Avni (dual role).

Karishma is a foodie and eats six meals a day, after every 2 hours. She eats mostly healthy food but does not deprive herself from her loved foods like cakes, fried chips, biryani, etc. Kapoor eats them in moderation.

After giving birth to her first child, she underwent a planned cardio routine and was able to shed off baby weight.

Also, after giving birth to another child in 2010, she hired a personal yoga trainer, which later proved to be beneficial. Her trainer had her to do the power yoga workout regularly and also motivated her.

Karishma lost 24 kilos of weight in nine months, which she gained during her pregnancy.