Katie Leclerc has starred in commercials for leading brands such as Pepsi, Comcast, Cingular, and GE.

Katie has also co-starred with Vanessa Marano in a TV advert for cellular giant, AT&T.

Katie Leclerc’s first film appearance came in a short film Gravy Train for her role as Lydia Faye in 2006.

She made her TV debut on mystery drama series Veronica Mars as a guest role as Crystal in 2005.

Katie starts her day with a healthy breakfast that keeps her going through her busy shooting schedule. She likes to have a bagel sandwich with bacon turkey, egg and cheese stuffing along with a vanilla iced coffee. This breakfast gives her right balance of protein, complex carbs, and a boost of caffeine. She also adds a few slices of pear that are drizzled with nectar to complete her breakfast. 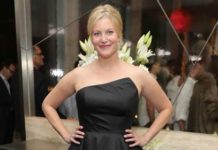 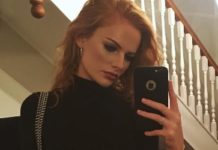