Katie Thurston is an American Reality star, bank marketing manager, and social media personality who rose to fame after she presented reality star Matt James with an adult toy of herself on The Bachelor in 2021. Since then, she has gone on to become an absolute fan-favorite on the show.

Through her social media, Katie has either endorsed or promoted various brands including Infinity Lash & Beauty Bar. 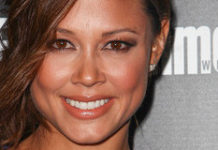