Lil Skies is an American rapper best known for his songs Nowadays and Red Roses. He derives his inspiration from rappers like Lil Wayne, 50 Cent, and Travis Scott. His songs have gained a lot of attention worldwide and his YouTube channel has amassed more than 1 million subscribers. He also has more than 4 million followers on Instagram.

He attended Waynesboro Area Senior High School and then went to study at the Shippensburg University for some time before quitting it for his singing career.

Lil Skies is represented by –

All We Got Entertainment (signed with Atlantic Records)

According to his Instagram stories, Lil Skies might be in a relationship but the identity of his girlfriend is unknown.

As per the video of his song I Know, in which Skies is seen wearing a cross symbol chain, he seems to follow Christianity.

His song Red Roses and Nowadays, both of which were on Billboard Hot 100 charts

Lil Skies made his first TV show appearance on the French TV show Quotidien in 2018. 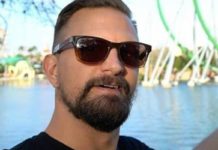