Liya Kebede is an Ethiopian model, actress, maternal health advocate, and clothing designer who has done modeling work for a variety of brands and designers such as Shiatzy Chen, Victoria’s Secret, Dolce & Gabbana, Escada, Emanuel Ungaro, Lacoste, Louis Vuitton, Tommy Hilfiger, Gap, Yves Saint-Laurent, Revlon, Calvin Klein, and many more. She has also been featured in numerous magazines such as V, i-D, and Vogue. As an actress, she has appeared in films like Innocence, Sur la Piste du Marsupilami, Nicky Larson et le Parfum de Cupidon, and The Good Shepherd. 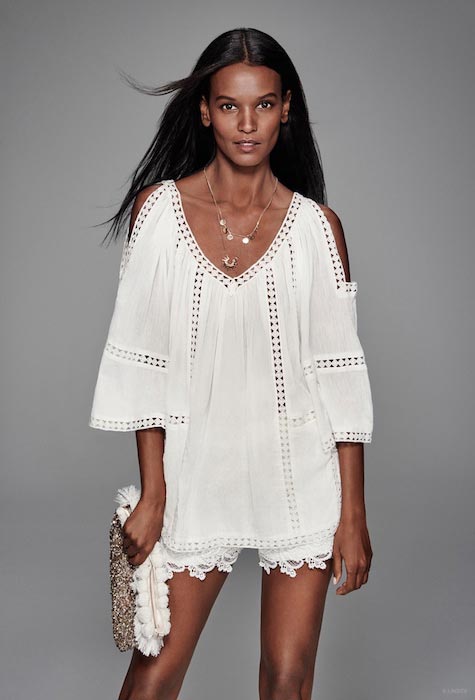 Model Liya is signed with these modeling agencies –

In 2000, she married Ethiopian hedge fund manager Kassy Kebede. Together, the couple has two children, son Suhul (b. 2001) and daughter Raee (b. August 2005). They lived in NYC before getting publicly separated in 2015.

Liya debuted with Ready to Wear – Spring / Summer 2000 fashion show where she walked the ramp for BCBG Max Azria, and Ralph Lauren.

In 2005, Liya appeared in the crime drama film Lord of War for her role as Faith.

She works out, most preferably yoga and eats mostly organic and healthy food. Liya keeps a balance between all the things – fitness, fashion, etc.