Luke Evans Diet and Workout for The Hobbit 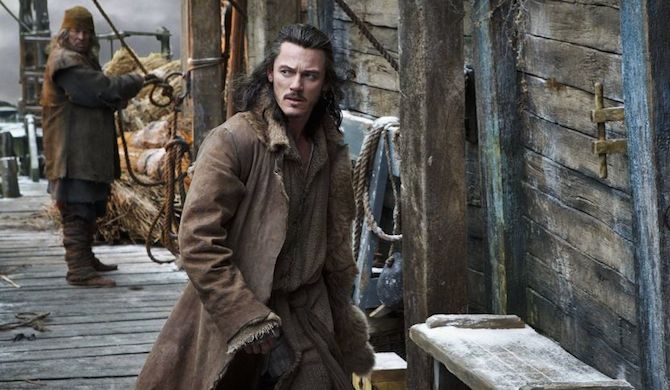 Mostly playing the role of Greek God, tough guy, or action hero in epic movies such as Fast & Furious 6 (2013), Immortals (2011), Clash of the Titans (2010) and others, Luke Evans has incredibly ripped physique. Lately, he has once again astonished his fans with his chiseled and molded physique in the movie, The Hobbit: The Battle of the Five Armies (2014). Here are some sneak peeks in the diet and workout routine of Luke Evans which he followed to suit the requirement of a bard in the movie.

Say No to Booze

The self proclaimed foodie was to shed away numerous pounds to bestow lean and cut look to his body. Not only did he trim down the consumption of fatty, processed, and unhealthy foods, he also cut back the consumption of his beloved alcoholic beverages too. Since alcohol contains lot many calories, he had no other option but to weed out the drink from his diet regime. He adhered to very strict diet plan for a significant amount of time. Luke contends, most challenging part to swear by a diet without booze is that you cannot socialize with your pals. You either have to omit the time spent in their company or you have to have very resolved mind not to succumb to your temptation when the source is still being relished by your buddies.

Luke considers elimination of alcohol as the most brutal thing he had to do to himself. That said, it was critical because alcohol adds surplus pounds in your body. If you too wish to keep your body in slender shape, say no to alcoholic beverages. Aside from adding on calories in your body, they also influence your attitude and make you more forgiving or careless towards unwholesome foods. In the intoxication of booze, you are least bothered about the nutrient density of foods, resultantly; you indulge you in foods having empty calories.

Luke tells, the only life line he had to survive while adhering to strict diet regime was the provision of cheat days. He always allowed him to relish one cheat day in a week. He saved the day to indulge him in his favorite alcoholic beverages. Luke considers cheat days very vital for adequate functioning of body system. If you will continue feeding only low calorie and nutrient dense foods to your body, over a period of time your body metabolism shall become sluggish and crippled.

While pursuing strenuous workouts, nutritionist of Luke had him eat several small meals in a day. He had him eat poached or grilled chicken, sushi, tuna, green and leafy salad etc. after every hour or so. His diet being extremely restrictive was comprised of only low calorie and nutrient loaded foods. Creams, breads, sauces, pastas etc. were put in his category of forbidden foods. Even protein shake which he consumed was plain. In addition to that, overly fatty foods such as red meat, sausages etc. were out of his diet chart. As for food supplements are concerned, instead of consuming them, he relied on raw foods such as vegetables, and their juices etc. He also made sure that he would drink gallons of water in a day to keep his body clean and hydrated. 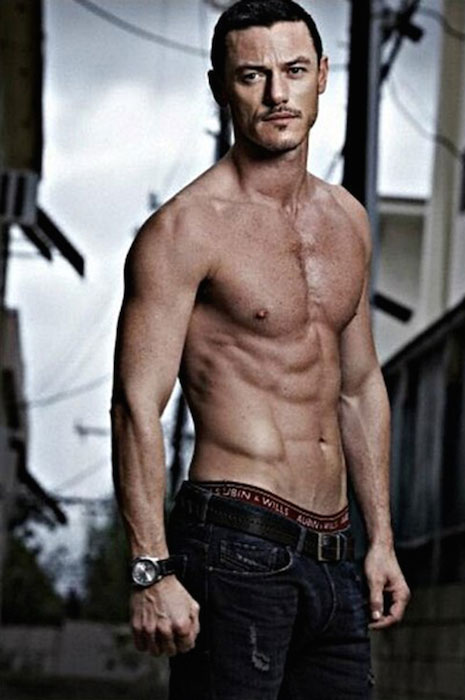 The journey to chiseled physique was no easy for Luke. His apparently muscular physique is the outcome of seven weeks of grueling workouts and physical training, he did while being monitored by trainers. His workouts were targeted to make his body more supple and resilient. Luke shares, the explicit goal he had in mind while grooming his body was not only to look superb in semi-n*de scenes, it rather was to do justice to his role in the movie. The flamboyant actor being displaying the role of leader wished to flaunt those qualities in real, henceforth he didn’t step away from performing vigorous and warrior like workouts. He believes, to give a rocking performance in movies, you not only have to acquire physique like the character but you also need to immerse you so deep in it that you forget the real you, and just be the character you are playing.