Martin Sheen is an American actor who is well-known for his roles in various films including The Subject Was Roses (1968), Badlands (1973), Apocalypse Now (1979), The West Wing (1999-2006), and Grace and Frankie, where he plays the role of Robert Hanson. Besides landing a successful career in acting, Sheen has also tried directing and has directed a film titled Cadence in 1990 in which he appeared alongside his sons Charlie and Ramón.

He graduated from Chaminade Julienne Catholic High School. He took an entrance examination for the University of Dayton but he deliberately failed the test so he could be in pursuits of his career in acting. 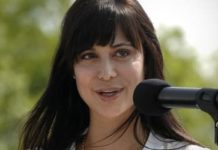