Mary-Kate Olsen is an American fashion designer and former actress who started her acting career as a child actress by appearing in the role of Michelle Tanner along with her twin sister Ashley Olse in Full House. She has also appeared in a variety of other TV shows and films such as New York Minute, The Wackness, Beastly, Samantha Who?, When in Rome, Charlie’s Angels: Full Throttle, New York Minute, The Simpsons, Getting There, Our Lips Are Sealed, Passport to Paris, How the West Was Fun, and many more. As a fashion designer, Mary-Kate and her sister Ashley own various fashion labels and retail collections such as The Row, Olsenboye, Elizabeth and James, and StyleMint. For her acting skills, she has won numerous awards such as the Young Artist Award and Kids’ Choice Award. 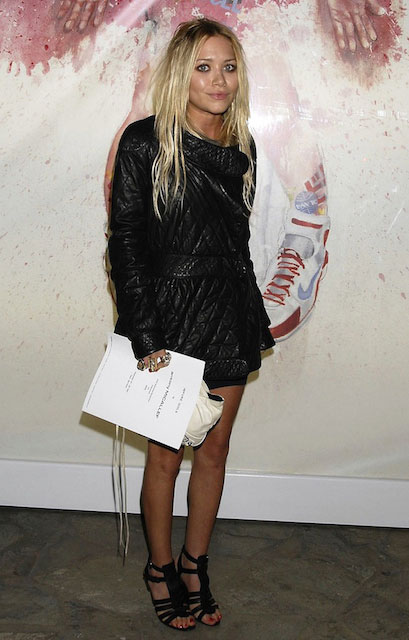 Her educational background is the same as that of her twin sister Ashley.

In 2004, she graduated from Campbell Hall School in California. After that, she was enrolled in New York University with her twin sister, but for a short time.

She is of Norwegian descent on her father’s side.

Appearing in various television shows with her sister Ashley Olsen.

Mary-Kate appeared in her first movie in 1995 titled It Takes Two for her role as Amanda Lemmon. She starred in the film along with her twin sister Ashley.

From 1987 to 1995, Mary-Kate Olsen and her twin sister Ashley were hired to appear in ABC’s sitcom Full House for her role as Michelle Tanner (It was a shared role). During this time, they appeared in a total of 191 episodes.

Mary-Kate keeps herself fit by performing yoga, cardio, and other exercises.

In 2012, the fashion designer and actress was also clicked working out with Sarkozy as reported by US Magazine.