Michael Schumacher is a retired German racing driver who is well-known for racing in Formula One for the Jordan Grand Prix, Benetton, Ferrari, and Mercedes. With countless wins on numerous events and championships, he has been well-recognized and hailed as one of the greatest Formula One drivers in history. Given his achievements and contributions in the world of race driving, it’s no doubt as to why he was quick to earn an unbeatable reputation in the industry. Schumacher, who has been widely regarded as the greatest of all time, was the only driver in history who won 7 Formula One World Championships, 5 of which he won consecutively.

He is of German descent. 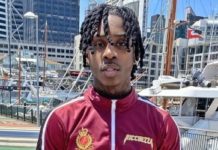