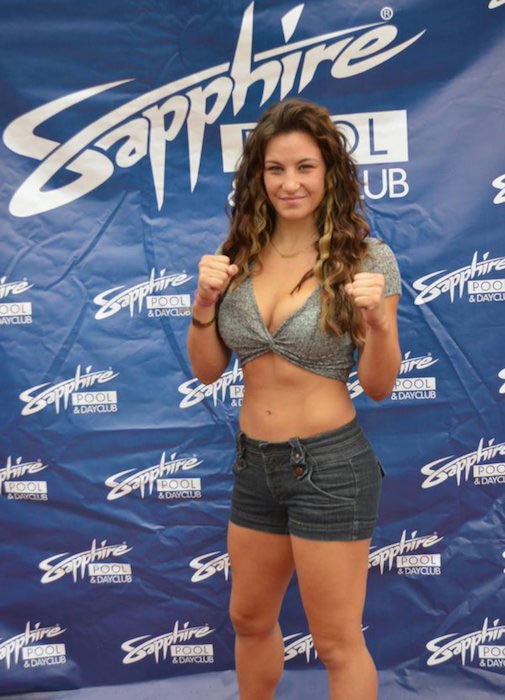 Miesha then went to Central Washington University in Washington.

KHI is NASCAR driver Kevin Harvick’s company and Miesha was the second MMA fighter (after Donald Cerrone) to join the company.

She has signed sponsorship deals with NASCAR and Budweiser.

Being a Mixed Martial Artist and winning the UFC Women’s Bantamweight Championship.

On November 24, 2007, Miesha played against Jan Finney and won by 1-0 by referee decision in round 4 in a match which went for full 3 minutes at Evansville, Indiana, United States. It was the Women’s Bantamweight Tournament Quarterfinal.

In 2016, she was seen in the action film Fight Valley for her role as Jabs.

In 2014, she appeared in the sports series UFC from All Angles: Miesha Tate for her role as a fighter.

It is not all, she has to do numerous other exercises to gain advantage over other fighters. For instance, she does a push kick exercise to improve her lower body strength and balance.

She also practices Brazilian jiu-jitsu and other famous fighting styles to have an edge over other fighters during a match.

You can get to learn more about her by watching some DVDs of hers.