Miles McKenna is an American YouTuber who is known for being an advocate of the LGBT community. He created his channel “Miles Chronicles” and used it as his open portal to share interesting vlogs related to his sexuality and true gender identity. Given his natural wit and sense of humor, Miles also shares a ton of comedic videos on his channel for his viewers to see and enjoy.

He is represented by Full Screen, Talent Management Agency, managed by Mahzad Babayan. 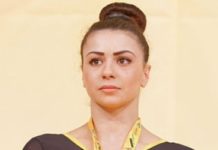