5 ft 9 in tall, blue eyed, Mischa Barton is an American actress, model, and fashion designer. Mischa was born in London but moved to New York along-with her parents at the age of six. The hot babe with sculpted cheekbones began acting from the tender age of eight and appeared in myriad movies and TV shows such as Notting Hill (1999), The Sixth Sense (1999), Pups (1999), and countless other. Dazzling us with her amazing talent, Barton won bountiful accolades and awards. However, since the TV series, The O.C, which grew amazingly popular within very short time span, Barton also became super star overnight.

After being through tough days of her life, the former The O.C star is in the best shape of her life. The bombshell gave new beginning to her life past her nervous breakdown and her stay for numerous days in psychiatric ward. The stunner shares about the rollercoaster ride of weight, she has been through. She shares; no matter what weight you acquire, people won’t stop making crude statements on you. Varied rumors kept rolling back and forth in between saying that Barton is resorting to yo yo diet plans to lose weight. However, Barton came forward on twitter and called all these chitchats baseless. She also tweeted about her consciousness towards health and gave brief description of the wholesome diet she consumes. Now, the kickass beauty has opted not to pay heed to what people say or think about her. 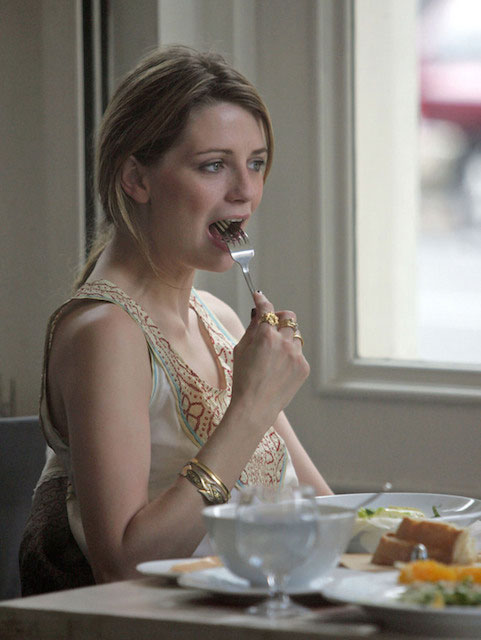 Not flattered with her overweight body, Barton vowed to melt pounds by adhering to vegan diet plan. Barton inculcated ample vegan food items in her diet regime and left all kinds of animal based foods such as honey, milk, yogurt etc. However, she reintroduced dairy products in her diet for she could notice positive changes taking place in her skin with the consumption of dairy products.

The goddess of phenomenal body doesn’t forget to include green and leafy veggies in her meals once or twice in a day. Spinach, which is a low calorie food is a superb source of protein and Barton seems to have developed congenial relationship with it. Unlike most of the celebs, the refreshing actress is not a victim of sweet tooth, which certainly helps her in keeping fats at bay.

Barton reveres portion control and eats small size of foods after frequent intervals of time. Since non-veg foods such as red meat, turkey, meat etc. are calorie dense food items, forbidding these is really aiding the brunette in maintaining trimmed waist. Barton makes sure not to miss any meal of the day, for missed meals tend to enhance blood sugar level in her body which further causes accumulation of calories in the body.

Instead of using workouts as a weapon to combat against fats just like an insane, the striking beauty performs exercises in a sensible way. For acquiring sylphlike and lithe figure, Barton primarily relies on yoga and Pilates. She does her workouts while being watched by her personal trainer, who pays a visit to her house thrice in a week. Apart from indoor workouts, Barton also runs three miles in a day which provides great exercise to her legs. Without being too harsh, the pretty actress executes workouts for minimum of five days in a week. Being disgruntled with her flabby legs, she spends extra time in doing exercises meant to tone her legs. 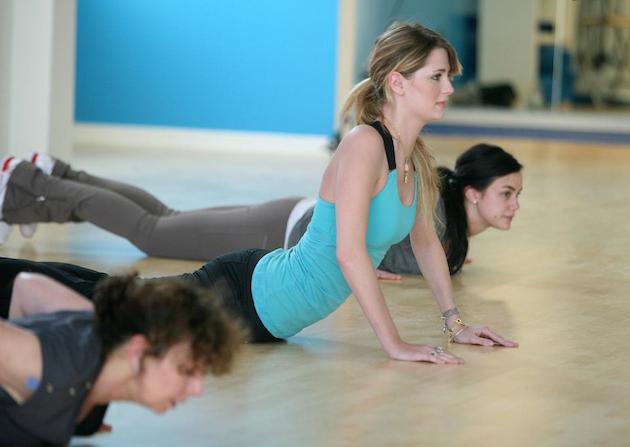 She also likes to go to soulcycle to sculpt her body and make it camera ready. Outdoor sports such as Frisbee, volleyball, inner skating, and tennis are her all time adored sports which rejuvenates both, her body as well as mind. She asserts, for making yourself linger on to workouts for really long time, you need to introduce fun factor in your workouts.

Yoga is the safest and most recommendable workout which suits people of almost all age groups and health conditions. Even if you are suffering from various ailments such as asthma, heart diseases, joint pain etc., you can opt to do multiple easy to do postures of yoga. Unlike cardio and other workouts, you have meager chances of being injured in yoga.

In today’s scenario where no one is immune from stress, yoga is the best remedy which promises to provide you fit body with hale and sound mind. And the best part of yoga is that you neither have to buy hefty and expensive equipment nor have to go to the gym to practice it. After getting some basic guidelines, you can do it at the most comfortable place, that is your home. Unlike other workouts, yoga doesn’t scorch pounds from your body through sweat. It rather melts weight by creating pressure points. You can strip off massive calories from your body by sticking to yoga. Moreover, since yoga brings down nervous tension, you will automatically move one step closer to slimmer body.