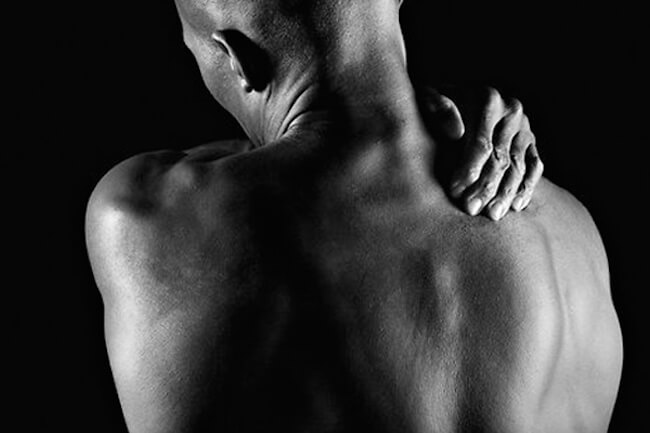 The muscle soreness is an inseparable aspect of any bodybuilding or strength training routine. It is a normal part of the training and recovery process. The inflammation or the muscle soreness is body’s way of telling that a particular muscle has been pushed beyond the limit. It is body’s first response to irritation or infection and in this case, to muscular damage at the micro level.

Also, through inflammation, the body ensures that the particular muscle gets sufficient time and resources to recover properly, which mean you will have to endure a minor lull in your active life. However, there are certain ways in which you can alleviate inflammation and ensure speedy recovery. One great way to counter muscle soreness and to, even prevent inflammation is eating foods that have anti-inflammatory properties. Here are six anti-inflammatory foods that can be beneficial in tackling soreness. 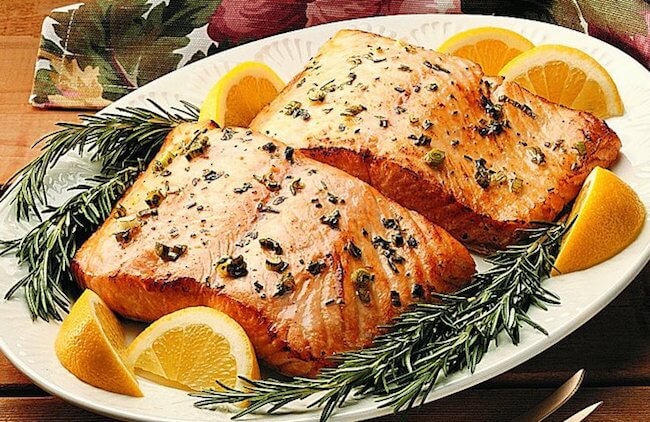 Salmon is a rich source of omega 3 fatty acids that are necessary for your health, but your body can’t make them on its own. The benefits of omega-3 fatty acids also known as polyunsaturated fatty acids (PUFAs) range from playing a crucial role in brain functions to reducing the risk of heart disease. The vast research has proved that the omega-3 fatty acids can play an important role in tackling inflammation and preventing it from setting in.

The Department of Neurological Surgery, University of Pittsburgh Medical Center conducted a study to find the effectiveness of omega-3 fatty acids in treating inflammation. For the study, 250 patients who had been seen by a neurosurgeon and had complained of nonsurgical neck or back pain were asked to take a total of 1200 mg per day of omega-3 EFAs. To analyze the results of the treatment, the study subjects were sent a questionnaire after a month. Out of those who responded, sixty percent revealed that overall pain has lessened and eighty percent were satisfied with the progress.

The recent research conducted by researchers at the University of California, San Diego has shed a new light into the workings of omega-3 in tackling inflammation. The scientists found that in the presence of omega-3, the body produces small molecules in response to inflammation. These molecules work on two levels – firstly, they send out stop signal to halt inflammation and then, trigger the active resolution of inflammation. 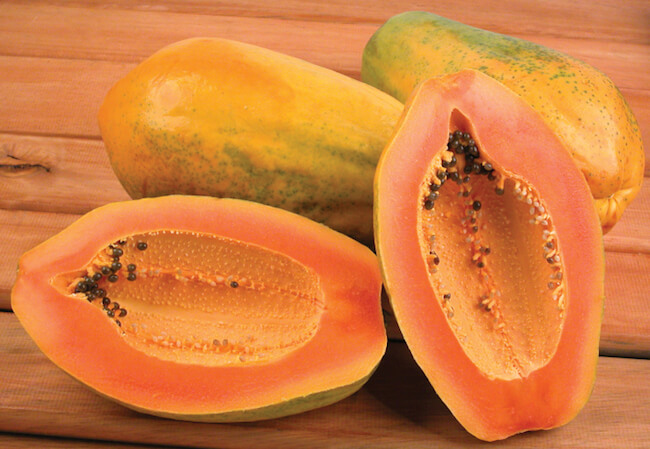 Papaya is loaded with several unique protein-digesting enzymes such as papain and chymopapain. These enzymes have anti-inflammatory properties as well, which means they can be used as part of diet to soothe and treat muscle soreness. However, the anti-inflammatory powers of papaya aren’t down to just presence of these enzymes. The presence of vitamin C and beta-carotene as well makes it potent in treating inflammation.

Another benefit of including papaya in your diet is that it aids in digestion. The strenuous strength training regime has to be often accompanied by high meat diet to get maximum muscular gains. And, eating a huge amount of meat each week can put a lot of strain on your digestive system and enzyme producing pancreas. In some cases, the low-quality meat coupled with extra large serving sizes, low digestive enzymes and stomach acid production can lead to particularly worst scenarios ranging from partially digested meat being passed on lower intestine to severe medical conditions such as constipation, leaky gut syndrome and IBS. And, when it comes to protein digestion, papain is one of the finest in the business. It destroys the peptide bonds of complex proteins, breaks them down to their individual amino acids and thus, makes them ready for use in the growth and repair of your body. 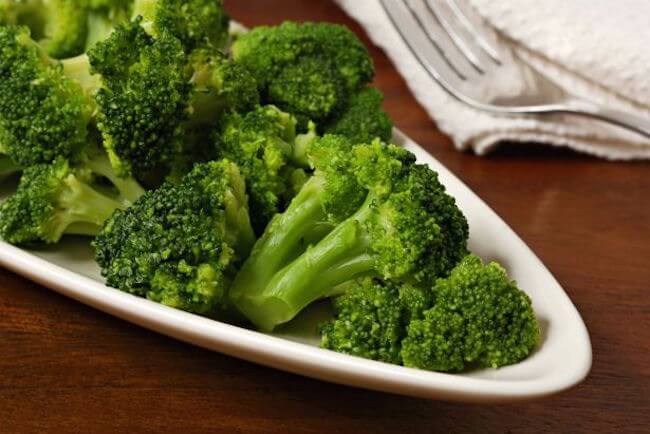 Broccoli is one of the most nutritious food items out there. This non-starchy vegetable has an impressive nutritional profile. Not only it has high fiber and vitamin A content but is also a good source of potassium, B6 and vitamin A. Better digestion, improved cardiovascular system, and the immune system are some of the many benefits of eating broccoli.

Also, broccoli is a great anti-inflammatory food that has been touted as a possible alternative to slow down the damage to joints associated with osteoarthritis. In a study conducted by the University of East Anglia, it was found that sulforaphane present in broccoli can be helpful in treating arthritis. The sulforaphane counters the enzymes that cause joint destruction and stops a key chemical responsible for inflammation.

Also, broccoli’s isothiocyanates and omega-3 fatty acids can help to regulate inflammation. Plus, it has a flavonoid kaempferol that lessens the impact of allergens. By countering the allergens, you can speed up the recovery from inflammation. 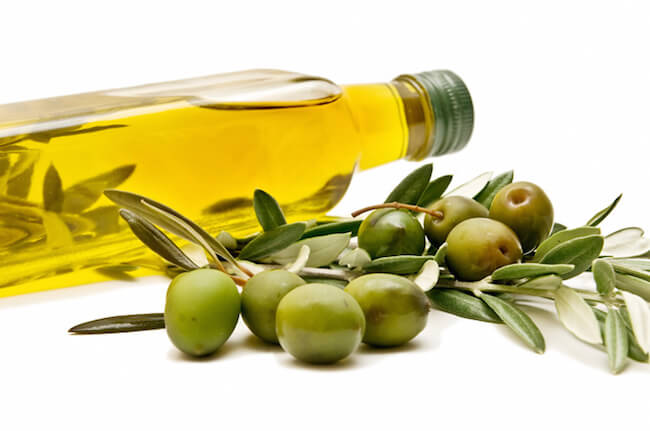 A compound called oleocanthal in extra virgin olive oil hampers the production of pro-inflammatory COX-1 and COX-2 enzymes, which is similar to the way ibuprofen, the common remedy for inflammation works. By inhibiting the presence of these enzymes, the inflammation and pain sensitivity can be significantly reduced. Extra virgin olive oil’s effectiveness in tackling inflammation has been backed by a study published in the Journal of Nutritional Biochemistry. The researchers found that the olive oil not only had a significant impact on chronic inflammation but also on acute inflammatory processes. In an article published by the Arthritis Foundation, it has been stated that inflammation tackling benefits of about 3½ tbsp. of the extra virgin olive oil is equal to a 200-mg tablet of ibuprofen. And, by using olive oil for the anti-inflammation process, you won’t suffer from the side effects associated with the ibuprofen. However, that amount of olive oil will have 400 calories, so you need to be bit careful.

Also, the olive oil is loaded with the type of antioxidants called polyphenols. Like other antioxidants, the polyphenols tackles oxidative stress and can help in treating aging-related diseases like heart disease, high blood pressure and cholesterol, and certain types of cancer. 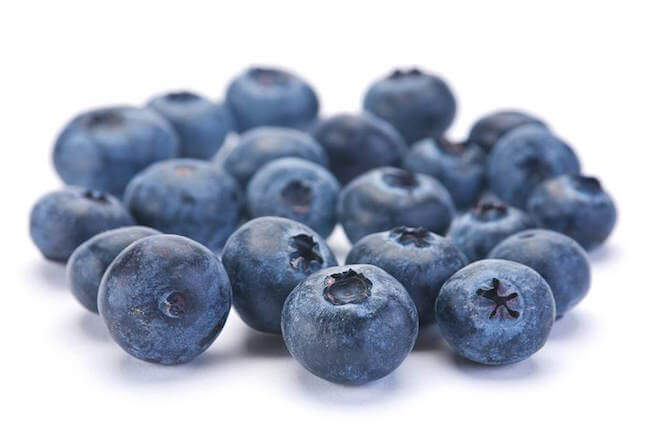 The study conducted by the Brazilian researchers has proved what has been part of traditional knowledge – the blueberries have incredible anti-nociceptive and anti-inflammatory properties that make its consumption helpful for the treatment of inflammatory disorders. They stimulate your bodily functions to heal and kill germs. The anti-inflammatory and antioxidant properties of the blueberries work in conjunction to form an effective way to tackle inflammation and alleviate muscle soreness.

Also, it has been found that some phytochemicals found in blueberries may reduce inflammatory processes in tissues by improving the cell membrane’s ability to allow better transition of vital nutrients and chemical signals in and out of the cell. As you all know, the body’s response to inflammation is to pile up immune cells at the affected area. This can overwhelm the movement of the cells and other vital compounds needed to heal inflammation and movement of debris caused by the infection. So, by improving this vital exchange and transport, these phytochemicals speed up the healing process.

You can enjoy them with a breakfast bowl of oatmeal. This will further increase the fiber content of the meal and can help you remain full for a longer time, which is very helpful in case you are looking to lose weight. Another option is to eat blueberries as a mid-day snack. 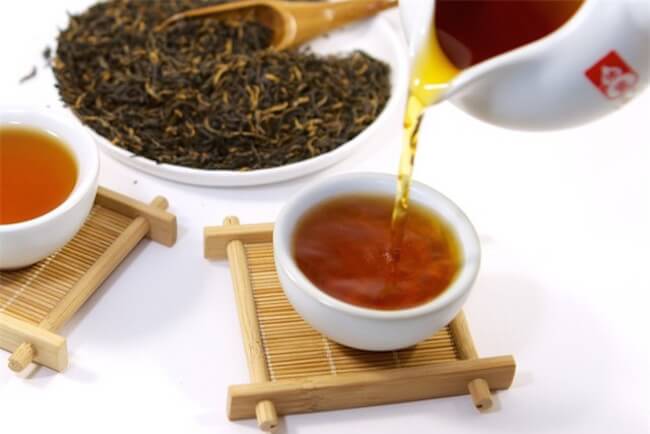 We all are well acquainted with the antioxidant abilities of the green tea. However, when it comes to healing muscle soreness and treating DOMS (delayed onset muscle soreness), the black tea extracts might be more beneficial. The root cause of the DOMS is inflammation in the muscle fibers and elevated cortisol levels and the chemical called theaflavin present in the black tea can be effective in dealing with it.

An American study published in the Journal of the International Society of Sports Nutrition has, in fact, scientifically backed black tea as an effective solution for muscle soreness. For the study, 18 college-aged males with more than one year of experience in weight training were selected for the study. They were randomly asked to take a dose of black tea extract prior to completing a sprint interval test to exhaustion. Over the period of nine days, the blood samples were taken and other tests were carried out. After the analysis of all the collected data, it was found that the study subjects who took black tea extracts demonstrated less DOMS (delayed onset muscle soreness), higher antioxidant levels, and lower cortisol levels.

The other considerable benefits of the black tea include healthy bones, lower risk of diabetes, stress relief and better immune system. Some researches even prove that antioxidants like polyphenol and catechins in tea may help prevent some types of cancer.