Rakhi Sawant an Indian dancer, model, actress, and TV personality who had become a household name in the 2000s by appearing in a string of dance numbers in Bollywood movies. She has also been featured in several non-film music videos and played supporting characters in several Hindi, Kannada, Marathi, Odia, Telugu, and Tamil language films. She has hosted TV shows such as The Rakhi Sawant Showz (2008), Rakhi ka Insaaf (2010), and Ghazab Desh Ki Ajab Kahaaniyan (2011). Rakhi has also participated in numerous reality TV shows including Bigg Boss 1 (2006), Nach Baliye 3 (2007, Runner-up), Jalwa Four 2 Ka 1 (2008), Yeh Hai Jalwa (2008, Winner), Pati, Patni Aur Woh (2009), Zara Nachke Dikha 2 (2010, Winner), Jubilee Comedy Circus (2011, Winner), and Comedy Circus Ke Mahabali (2013). In the latter half of her career, she had shown political leanings and launched a political party called the Rashtriya Aam Party to contest the 2014 Lok Sabha Elections. She had later joined the Republican Party of India (A) where she had served as state vice-president and president of the woman wing.

Rakhi had studied at the Gokalibai Punamchand Pitambar High School in Vile Parle West, Mumbai. She had also attended the Mithibai College of Arts Chauhan Institute Of Science And Amrutben Jivanlal College Of Commerce And Economics, a renowned institution situated in the same neighborhood.

She often tends to dye her hair dark brown, blonde, red, or silver.

Who or What to Blame For Your Divorce! 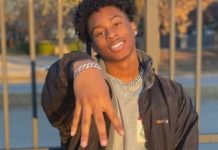