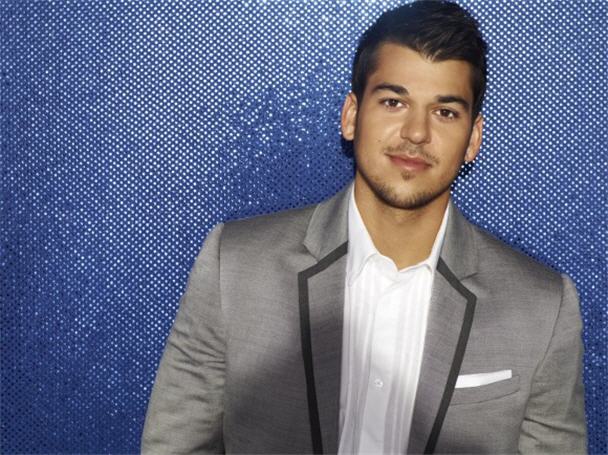 Rob Kardashian, the TV star who gained an extra weight of 50 pounds after his split with his girlfriend, Rita Ora has embarked on healthy and fit daily routine.

After living dormant life for a long time, the socialite has finally realized that he doesn’t deserve to be a big fat guy. He has shown his mettle to defy the fat and win the same perfect body again, which he had prior to becoming 250 pounds.

What Rob Kardashian Feels about His Hefty Body?

Rob shares that it feels really appalling when he looks at his hefty body, especially while taking shower. It challenges his manhood when he finds his round tummy entirely covering his lower abdomen area. He cries at his pathetic condition and often ponders what he used to be and what he has done to himself by wasting so much of money in consuming pricey drinks and all the unwholesome and junk food.

To him, gaining extra pounds is like the snap of fingers, you don’t even realize and you are so many pounds overweight. It’s so stress-free to grow overweight, you just follow a dull or unhealthy routine, and you will have fat all over your body. Contrary to that, it’s really hard to bring your disrupted weight on track. And Rob has lately realized the fact, alas!! He got it through his own example.

The reality star is trying hard to burn extra calories which he gained within a couple of months after his split. Shattered Rob cut him off from the outside world and punished his body like this. Rob, who was 250 pounds in February, publicly declared his 60 days weight loss program and started working will full dedication and enthusiasm to melt extra pounds from his body.

Rob vowed to lose 40 pounds of his weight by 4th of July. While embracing a very strict workout and diet plan, Rob succeeded in losing 5 to 7 pounds within weeks by May and could be seen in the slimmer body. However, being unable to reach his goal on the pre-fixed date, Rob could be seen relishing high-calorie Hamburger on the beach on Independence Day.

Rob included low-carb and nutritious foods in his diet and could often be seen posting the images of his low-carb diet on Twitter. Rob keeps his 1.1 million followers updated about all his progress.

Couple of months back, he tweeted a post with title, another fat boy breakfast!! And in his tweet, he also uploaded an image of a plate having grapefruit and lean omelet. Rob has been getting full support from his fans for they keep motivating him.

His gorgeous sisters, Khloe and Kim too are helping Rob tremendously in moving closer to his so much hyped weight loss program. However, they are not really pleased with his slow pace. They are really working hard on designing the diet plan for him.

While sticking to an intense workout program, Rob practices workouts twice in a day. After having first round of training with his trainer, he invites his friends to accompany him. They boost him to be in high spirits for the second round of training. Rob is getting personal training from Lamar and shares that Lamar has been working for them on salary since he was just 19.

On weekends, Rob goes for hiking at Runyon Canyon in Los Angeles with a group of around twenty-five to thirty-five people. He practices cardio-workouts and lots of other exercises to bring his body back on the right track.

Holidays in Vegas seemingly has been deviating Rob off from his track for he feels tempted to eat delicious foods in hotels. Besides, refraining from booze also looks like causing trouble to him.

Well, the best way to steer clear of drinks and unwholesome food items, when you are out for holidays is to carry healthy homemade foods along with you. Homemade foods will assist you in keeping up with your weight loss program. It will also deter you from consuming high-calorie drinks and other foods.

You can also practice simple and easy workouts when you are away on holidays. Doing so will keep you in the habit of workouts and you won’t need to push you too hard for workouts after coming back home.