Roseanne Park or Rosé is the main vocalist and lead dancer of the famous South Korean K-Pop band, Black Pink. She was born in New Zealand and joined YG Entertainment after successfully auditioning for them in their Sydney auditions in 2012. Her talent has caught the eyes of many and she enjoys a large fan base within and outside of South Korea.

Rosé went to the Canterbury Girls’ Secondary College in Melbourne, Australia, where she grew up with her family. She had a passion for music since the start and started pursuing it at an early age.

Rosé is currently not seeing anyone as she has to maintain the guidelines of her management group, YG Entertainment, which prohibits her from dating anyone while being a part of the YG family. But, she has revealed her ideal type as someone who is genuine and nice with a unique voice.

She tends to dye her hair in ‘Red’, ‘Auburn’ and other different shades.

She hasn’t revealed about her sexual interests.

Being the main vocalist and lead dancer of the famous K-Pop girl band, Black Pink.

Rosé was featured in the song, Without You, by the BIGBANG rapper G-Dragon which was released on September 1, 2012.

She has released various songs and EPs with her band since their debut in 2016. Their songs like Boombayah, As If It’s Your Last and Playing With Fire have added to the success of the band and secured higher positions in various song charts including the Billboard World Digital Songs chart.

She has not made her theatrical film debut yet.

Rosé debuted in an episode of the South Korean television entertainment program Knowing Bros, alongside her fellow Black Pink members in 2017.

Like the rest of her bandmates, Rosé also doesn’t follow any specific fitness regime. She focuses on eating healthy food and sweats it out during her dance lessons which are a part of her routine. 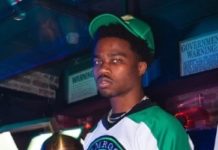 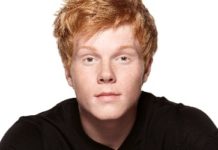 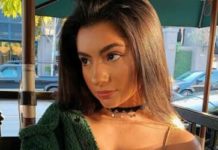