Ross Barkley has long been considered the next big attacking talent to emerge out of England. The former Everton manager, Roberto Martinez, has called him a blend of Michael Ballack and Paul Gascoigne. The English legend Frank Lampard has claimed that Barkley reminds him of young Wayne Rooney, England and Manchester United‘s leading goalscorer. After having burst on the scene with Everton, his progress was stalled by a couple of injuries and his contract battle with Everton which eventually led to his transfer to Chelsea. At Chelsea, he finally managed to find his feet under the guidance of Sarri.

Ross Barkley has honed his skills and learned his game at the youth academy of Everton FC.

Ross Barkley has signed a personal endorsement deal with Nike which requires him to wear Nike footwear for his professional matches.

His strong performances for the English club, Everton FC. He had played in the English Top Flight for the club for 6 seasons and made 150 appearances. He also managed to establish himself as one of the finest young talents during his stay with the club.

In August 2011, he made his professional debut with Everton in a Premier League match against Queens Park Rangers. Although his side lost the match by 1-0, he was declared man of the match by Radio City Sport.

In January 2018, Barkley made his debut for Chelsea in the second leg of the EFL Cup semi-final against Arsenal. He was sent in for Willian in the first half itself after the Brazilian had got injured. The match ended in a 2-1 loss for his side.

In September 2013, he made his first international appearance for the England national team in a World Cup qualifier match against Moldova. He came in for Jack Wilshere in the match that ended in a 4-0 win for the English side.

Ross Barkley spends a lot of time with his strength and conditioning coach as he aims to strengthen his body and get away from the regular injuries that have plagued him in recent years. He also indulges in running to improve his stamina and endurance. Plus, he reserves some time for ball work as well in a bid to improve his technical ability. 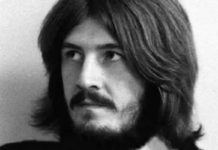