Ryan Seacrest’s relationship with Shayna Taylor is not a secret. In fact, the couple shows off their love whenever possible. One thing we’ve noticed from their very public pictures is how fit they both are. If you are also curious about what helps them stay so fit, then here are a few diet tips you can learn from Shayna who keeps herself and her boyfriend in shape through the kitchen.

The diva believes in making almond milk at home. It’s a great way to cut back on dairy products, especially for people who are lactose intolerant. She knows that there are many store-bought options available out there, yet she makes it herself to ensure that she has total control over what goes into her body.

Her recipe has just two ingredients, water, and almonds. She soaks the almonds in Glacial bottled water, waits for them to soften and then runs them through the juicer. After that, she stores it and uses it while enjoying beverages such as matcha lattes and hot cocoa. She is so hooked to making it herself that she can’t use a store-bought version anymore.

The second thing you can learn from the stunner is no matter where you have food, you need to stick to those foods which have minimal carbs.

She was recently at a fast food joint, In-N-Out and opted for a bread-free burger that’s wrapped in iceberg lettuce. Some of the other low carb foods she prefers are Thai Chicken Salad and Turkey Taco Salad.

Fresh is the Best

Like most health freaks, she also prefers sticking to fresh fruits and vegetables as they are most delicious and highly nutritious when they are in season. Whenever possible, she visits a farmers’ market and replenishes her fresh food stock.

Research has proved the benefits of seafood-rich, Mediterranean-style diet repeatedly and the beauty believes in it too. She adds a lot of fish to her eating regimen. Her preferred options are having gluten-free toast with smoked salmon for breakfast and enjoying roasted branzino with vegetables during dinner.

Like most health gurus, she also believes in taking some time off from the strict regimen and indulging occasionally. Even she can’t resist some wine when she is on a date night or indulging in not so healthy foods when she is on a holiday.

Recently, she indulged while holidaying in Spain and gained a few pounds but rather than feeling sorry about it, she said that it was worth it.

Ryan is proud of Shayna’s skills and loves to show her off on television. This was recently proved when the gorgeous lady made her first TV appearance on Live with Kelly and Ryan (1988-Present). The two hosts and the fitness inspiration had a Banana Bread Bake Off in which she competed against the wife of executive producer Michael Gelman, Laurie. The competition aimed to see who could make the most delicious and yet the healthiest banana bread.

While introducing Taylor, Seacrest seemed very excited and said that she is the most excellent cook in town in his opinion and that he was proud and excited to have her on the show.

The graduate of the Art Institute Culinary School said that she wasn’t a baker but still sportingly took part in the challenge. She made the banana bread by making use of homemade almond butter and organic pumpkin puree. Her bread was flourless and sugarless.

Homemade is the Best

The model’s dessert was met with rave reviews, and she propagated homemade foods like almond milk and almond crackers.

Which of these tips do you like the most? Are you going to try anything new? Let us know in the comments section! 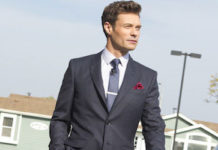 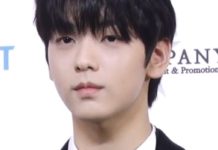