Elegant style, killer smile, Sandra Bullock is one of the most famous and enviable celebs of Hollywood. The gorgeous actress would be fifty in 2014, but who would believe that the actress has reached that kind of age group. Having ruthlessly defeated her age, Sandra inevitably looks half of her age or say twenty-five years younger to her age.

Mostly actresses lose the glares of industry, as they grow older, but despite her mounting age, the stunner still maintains to be as much in demand as she always was. The heavenly beauty was listed as the highest paid actress of Hollywood in 2012.

Sandra lately appeared in the movie, Gravity and the movie totally rocked the box office with outstanding success. Having played the role of mission specialist, Sandra didn’t fail to astonish the audience with her spectacular and graceful performance in the movie, requiring one to possess great stamina, endurance, and agility.

The iconic beauty admits of being inspired by her roles in the movies to stay in svelte shape. Her perpetual challenging and demanding roles have her in the best shape. She shares, it feels awesome when you get paid for being in curvy shape. She credits her workouts and diet for her toned body and enviable curves. 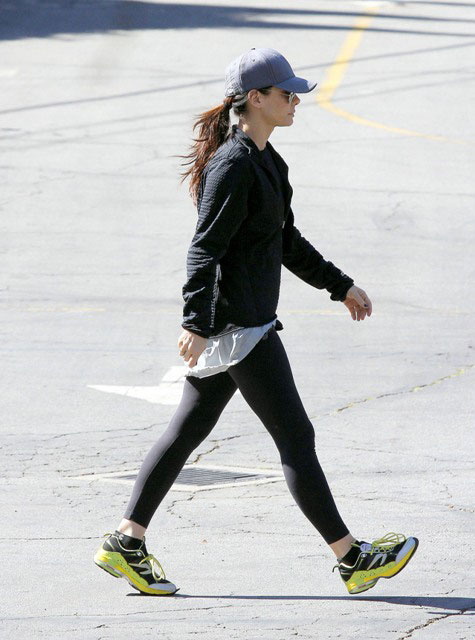 The style diva indeed is a walking inspiration for all those women who whine of being aged or fragile or use any other excuse like that. There is an amazing aura of positive energy flowing around the fab actress, which keeps her from beaten mentality. Foods being building blocks of body are discreetly chosen by her.

Her food choices consist of highly nutritious and healthy food items such as brown rice, steamed veggies, black beans, wheat carbs, lean protein etc. Without being slothful, the actress swears by five small meals in a day, which are packed with vital nutrients. She abides by disciplined diet routine for six days and gives one day to her body to relax and devour all her adored foods. Being more inclined to sweet foods, Sandra mainly relishes her favorite sweets on cheat days.

Foods strengthen your body by instigating myriad amicable chemical reactions in your body. If you ask about her beauty secret, foods undeniably have played crucial role in maintaining the skin of actress youthful, radiant, and fresh.

Her healthy choices of foods include tremendous antioxidant foods such as olives, fishes, green tea, spinach, broccoli, and several others. These foods behind the scene fight the hardest battles for her and make her bod look hot.

The glam actress is sentient about her workouts and executes grueling workouts six days in a week for one hour. Pilates, yoga, strength training, cardio workouts, kickboxing, stretching, toning, hiking etc. are the parts of her exercise routine. However, she seldom remains confined to one particular set of workouts. Variation in workouts is what makes the actress full of beans all the while.

There are bountiful eye-catching zero gravity moves in the movie Gravity, which require one to have immense core strength and stamina. Under the supervision of her fitness expert, Simone de la Rue, Sandra groomed her body with tough and intense sessions of workouts. Being former gymnast also turned out to be great help in bestowing suppleness to the lean body of Sandra. For dignifying her role in the movie, the sensational beauty consistently danced for one hour in a day.

It was the influence of her vigorous dance practice that the viewers could cherish her totally flawless, zero gravity, and mesmerizing performance in the movie. Credited with the most honed and shaped up arms, the bombshell executes myriad workouts with weights.

You, as a fan of Sandra Bullock might be prepared to do anything in the world to have sculpted figure like her. However, the good news is, you don’t need to do anything superficial. Just by being on regular exercises and balanced diet, you too can ensure flattering and bikini-embracing figure for you.

You might be having busy schedule at work, so the best thing you can do to embark on workouts is, wake up early in the morning. Early sleeping and wakening will avail you ample time to perform your workouts in the morning itself.

Workouts in the morning not only provide exercise to your body, but they also make you free for rest of the day. You can plan your day as per your convenience. Doing so will also save you from guilt feeling which you often have when you don’t do workouts as per your estimated fitness goal.

Besides that, your mind feels fresh when you wake up early in the morning, and workouts with fresh mind add more fuel to your energy and efficiency. Research shows, people doing workouts in early mornings are far more sound and proactive at work.