Sara Bareilles is an American singer, songwriter, actor, musician, author, and producer. In 2004, she released her debut studio album Careful Confessions which included the songs – Love On the Rocks, Gravity, Fairytale, Come Round Soon, Responsible, and others. She then went on to release many other albums including Little Voice, Kaleidoscope Heart, What’s Inside: Songs from Waitress, The Blessed Unrest, More Love: Songs from Little Voice Season One, and Amidst the Chaos. Moreover, Sara Bareilles has also been cast in a variety of shows and movies like Jesus Christ Superstar Live in Concert!, Girls5eva, Little Voice, Lipstick Jungle, 30 Rock, No Ordinary Family, Sesame Street, A Trace of the Sun: Volunteering in Japan, and Girl Play. Her performance as Mary Magdalene in the NBC musical television special Jesus Christ Superstar Live in Concert! earned her nominations for the Primetime Emmy Award for “Outstanding Supporting Actress in a Limited Series or Movie” and the Grammy Award for “Best Musical Theater Album”. 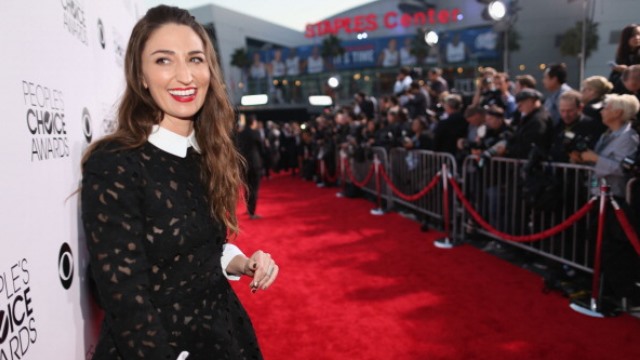 Bareilles attended Eureka Senior High School in Eureka, California and graduated from it in 1998. Later, she went on to attend the Communication Studies program of the University of California, Los Angeles.

Sara Bareilles has been signed with –

In 2008, the singer appeared in the third episode of the third season of the TV show Walmart Soundcheck as herself.

Sara was fatty as a kid. She still finds it a little difficult to maintain the weight. Sara still eats pizza, hamburgers, and other junk food, but in moderation. While on-road, she sometimes has to choose between Wendy’s and McDonald’s.